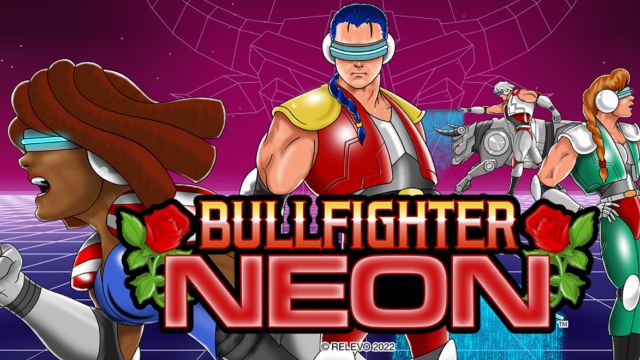 Bullfighter NEON: This retro homage to Neo Geo games transports us to a dystopian future where the Bullfigher Circuit is all the rage. Relevo has started the Bullfighter NEON crowdfunding campaign on Kickstarter. The Bilbao studio has presented the project, a retro arcade that serves as a tribute to the games of the first batch of Neo Geo. The objective of the campaign is to reach 28,000 euros in order to accelerate the development of the game. As part of this initiative, the developers have published a new trailer, which you can see below these lines.

The game takes place in a high-tech dystopian future. As has happened since the remotest past, bread and the circus continue to be as or more important than before. The main entertainment in this society is the Bullfighter Circuit, which brings together various opponents. They must compete to fight against powerful bullfighting robots, all of them equipped with the deadliest weapons.

“We loved the idea of ​​bringing back that 90s trend of futuristic sports games. Almost all sports found their place in that trend from the 16-bit era, which is almost gone now”, explains Jon Cortázar, game designer and founder of Relevo. “We also wanted to do something different, so we created this future where bullfighting has been abolished and transformed into a very different new show.”

We can choose between a squad of six bullfighters: Alberto, Spanish, triumphs on television sets; Laura is Mexican and fights to prove her worth; Miura, Japanese, uses a very special style. April is an elite athlete from the United States; Lidia, a Russian cyborg; Brontes, a minotaur.

Cortázar has made it clear that they have “wanted to remove all violence in the game”, so the bullfighters “will not cause damage” or “carry out attacks”. Thus, the only way to progress will be to “discharge the cyberbeasts’ battery” by executing “passes with your neon crutch”, all while the bullfighter is returning attacks. Victory is assured when you have no energy left.

The music is in charge of the composer Gryzor87, known for the soundtracks of games like Maldita Castilla or Battle Princess Madelyn.

Bullfighter NEON will be released on PC and consoles, but will largely depend on the reception of the campaign. They promise “a careful story mode” and a highly configurable gameplay, which will allow the difficulty to be calibrated according to the profile of each player.