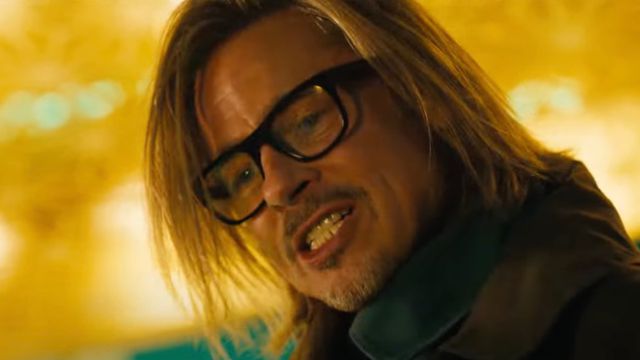 Bullet Train: The new film from David Leitch, director of Deadpool 2, presents 5 assassins who must complete a mission on a train through modern Japan. The latest action movie craze that will hit theaters this 2022 is Bullet Train, the new film by David Leitch, director of Atomic or Deadpool 2, with a histrionic and funny Brad Pitt as the main protagonist. This is demonstrated by a first trailer that you can see on these lines and that presents us with a group of five assassins who must fulfill an objective inside a bullet train running through modern Japan. All this through a wild action thriller and unbridled humor that we can enjoy next July 22, only in theaters.

“A cinematic event, Bullet Train is a fun and wacky action thriller from Deadpool 2 director David Leitch. Brad Pitt leads a cast of eclectic and diverse assassins – all connected by conflicting goals – on a non-stop journey through modern Japan”, we can read in the official description of a film based on the successful novel Maria Beetle by Kotaro Isaka and that will soon see the light of day as an action film with an overwhelming visual style.

And it is that Brad Pitt promises to star in an action thriller in the purest John Wick style by Keanu Reeves, although raising his staging to the maximum power thanks to unbridled action and a humorous touch of the filmmaker responsible for the sequel to the mercenary Marvel mouthpieces. Beyond Brad Pitt as the main star, the film has other names such as Sandra Bullock, Joey King, Michael Shannon, Aaron Taylor Johnson, Zazie Beetz, Logan Lerman, Masi Oka, Andrew Koji, Hiroyuki Sanada, Karen Fukuhara and the singer Bad Bunny.

Sony Pictures’ Bullet Train will be released in Spain on July 22, 2022, just one week after its arrival in theaters in the United States.

The 10 Best Action Movie Endings of All Time according to...

BTS’s V Beats Henry Cavill As The Most Handsome Man Of...