Home Crypto Bull Trap in this altcoin DeFi: Here are the expected levels! 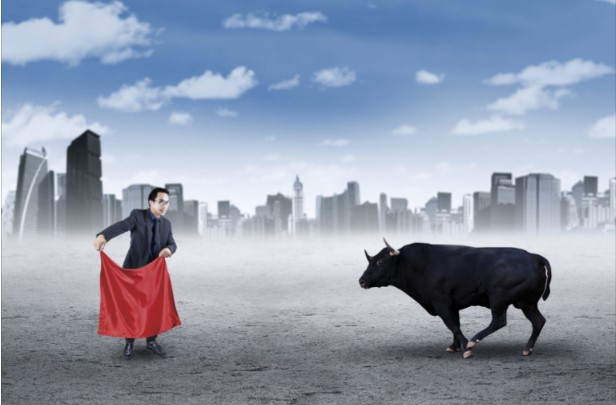 According to the technical indicator, the sharp rebound in the price of this altcoin project DeFi over the past three days indicates that it will grow in May.

The price of this altcoin DeFi is Recovering after Critical support

The so-called “rising wedge” occurs when the price rises in a range defined by two upward tapering trend lines. As a rule, it resolves after the price breaks below the lower trend line with convincingly growing volumes. The DeFi AAVE altcoin has been showing a similar ascending channel since the beginning of February 2022. The AAVE/USD pair has recovered over the past few days after testing the lower trend line of the wedge as support. This means that bulls are currently holding the upper trend line of the model around $280, which is about 40 percent more than the April 20 price.

The goal of the increase also coincides with the level that served as resistance in the period from November 2021 to January 2022. It also played an important role in limiting attempts to reduce the Defi of Altcoin AAVE between July and October 2021.

As Somagnews previously reported, many traditional analysts consider upward wedges to be bearish reversal patterns. This shows that the growth of AAVE to $280 may not turn into a full-scale bullish growth. Instead, the Defi altcoin project seems less likely. In addition, the AAVE price may experience an early pullback after reaching its 200-day exponential moving average (200-day EMA; blue wave on the chart above) around $208, signaling an imminent deterioration.

As a rule, a breakout of an ascending wedge causes the price to fall to the measured target after adding the distance between the upper and lower trend lines of the patterns to the breakout point. Therefore, based on the level at which AAVE breaks out of its upward wedges, the target of the bearish scenario becomes $105 and $124 at the end of the second quarter.

The charts of the weekly timeframe show AAVE in the monthly descending channel model, which looks like a bullish flag. Bullish flags are bullish continuation indicators that appear when the price consolidates lower in a parallel range after a period of strong uptrend. Theoretically, they dissolve after the price resolutely breaks above the upper trend line of the range, followed by a prolonged upward movement equal to the height of the previous rally (called the flagpole).

The bullish flag scenario now exposes the non-existent altcoin AAVE to the risk of testing the lower trend line around $109, which coincides with the 200-week EMA on the chart. Interestingly, the level is also close to the temporary bearish target of the ascending wedge. But the flag figure shows AAVE’s long-term propensity to grow. Thus, the pair can bounce from the lower trend line to the bull flag target level of about $900 in 2022-2023 and grow by about 400 percent compared to the price on April 20. Conversely, a decisive break below the 200-day EMA may lead to an increase in AAVE sales, and the next decline target may be near the historical support/resistance level of $72.

Santiment : Whales are running to these 5 Altcoins when Bitcoin...