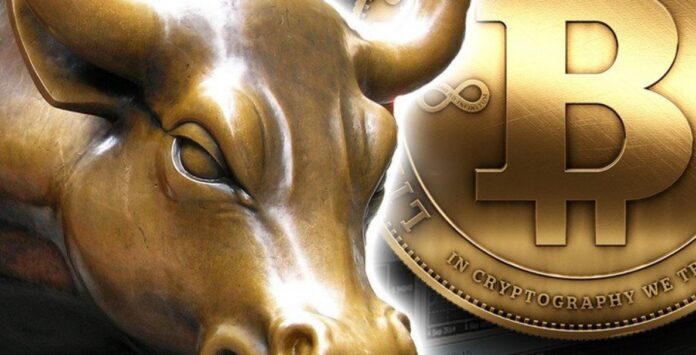 The bitcoin and cryptocurrency market has been performing quite well over the past few days. The leading cryptocurrency rose to $9,500 on Thursday. The asset thus responded to the criticism of the Goldman Sachs investment bank for cryptocurrencies.

The Bitcoin rally seems to have lost its excitement as it hovered around $ 9,519 at the time of writing the news story. However, when a trend that occurred just before Bitcoin rose to the level of 20 thousand dollars in 2017 reappeared, the day was born for Bitcoin investors.

When This Trend Was Last Seen, Bitcoin Entered The Bull Market

Analytical firm Glassnode reported that Bitcoin investors have stopped drastically and 60% of the Bitcoin supply has remained stable for more than a year. When such a large supply of BTC remained immobile on the blockchain, the 2017 bull run that sent BTC for $ 20,000 was seen.

Glassnode pointed to a clear correlation between Bitcoin supply and the upward price movement that followed.

However, it should not be forgotten that this trend is not the only signal that the bull market is on the horizon. A trader named BTC_JackSparrow on Twitter said that BTC has entered a continuation pattern that will accelerate the next bull run to raise the asset above $ 10,000.

Is there a bull on the horizon?

Not only the technical information showing the signs of power of BTC, but the basics of the asset also point to the bull.

Coinkolik recently reported that GrayScale has invested a lot of Bitcoin in recent months.

Also, trade wars between the USA and China have been revived. As this trade war increased last year, Bitcoin’s hand strengthened. Analysts are reviewing the likelihood of a similar event this year.

Moreover, the Fed said it is ready to do whatever it takes to save the sinking economy. Liquidity injections create a favorable environment for Bitcoin, which has a significant shortage. More people are expected to return to cryptocurrencies to protect against problems from this monetary policy.