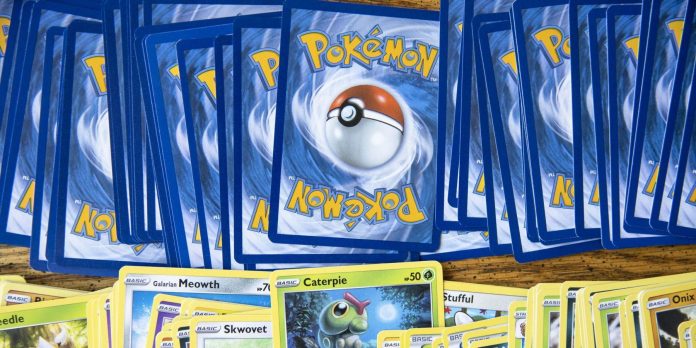 Classic Pokemon products have become a popular commodity for both old and new fans of the popular monster-catching game series. Cards and merchandise from the early days of the franchise are often sold at high prices on online auction sites, and some highly sought-after collectible cards sell for almost $1 million. The huge popularity of the franchise led to the fact that The Pokemon Company tried all kinds of products, from toys to games and the classic gold-plated Burger King card. Now the builder has made an amazing classic find in an old CVS pharmacy.

TikTok user ford_tough7.3 regularly posts videos about its work on removing equipment and shelving from old storefronts, and a recent video shows the inside of a closed CVS. The video shows the floor under the former shelving, under which a classic pack of Topps Pokemon collectible cards is hidden. The employee noticed the label “Series 2” on the package, complaining that this is not the first edition. It is noteworthy that the deck is not from the main Pokemon card game, but is a side collectible product, since at that time Wizards of the Coast published the Pokemon Trading Card Game.

A later video from ford_tough7.3 shows a user opening a pack of vintage Pokemon cards, while it turns out that the pack was already slightly torn before he found it. Although the TikTok user is not familiar with Pokemon, calling different creatures “this guy” and “that guy”, the package is filled with Pokemon cards from 151 original creatures of the franchise. Some fans were quick to point out that some of the cards in the set still have value, despite the fact that they are not official Pokemon Trading Card Game cards.

Rare finds under store shelves like these are becoming more common as the popularity of Pokemon collecting has increased dramatically in recent years. Pokemon collector Gio Martin became an Internet sensation in the Pokemon community after discovering the Base Set 2 package under Target shelves in 2020. The collecting frenzy has even led retailers like Target to temporarily stop selling Pokemon cards in the store due to rampant scalping and some cases. violence.

The Pokemon franchise is gearing up for a busy second half of 2022 with a slew of high-profile releases and promotions. Pokemon has already announced upcoming events with several collectible cards, including a Halloween promotion that will begin next month, and the return of Pokemon cards to McDonald’s. The Pokemon video game side is also preparing for the launch of the next generation Pokemon Scarlet and Violet, which are scheduled for release in November. The classic Pokemon discovery dates back to the earliest days of the now massive franchise.