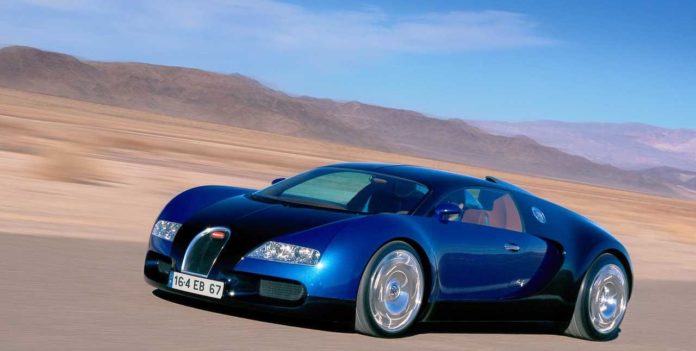 Veyron, one of the most familiar models of Bugatti, is celebrating its 15th birthday today. Bugatti, the manufacturer of the model, also shared in detail how the Veyron, which is exclusive to today, emerged.

Bugatti, which is at the top of the production of supercars, has managed to attract the attention of everyone in the world with a model it has released. This model was none other than the company’s Veyron, which can go up to 400 kilometers per hour and enchant everyone with its appearance.

Veyron, the hyper car of Bugatti, has become our guest for an important reason today. Veyron, which first appeared in 2005, is celebrating its 15th birthday today. For this reason, Bugatti shared the story of the emergence of Veyron with us in beautiful details. Let us listen to the arrival of Bugatti Veyron firsthand.

First Bugatti Veyron drawings:
Veyron, the signature model of Bugatti, showed itself on paper first like every car. Veyron’s drawings came from the talented engineer Ferdinand Karl Piëch, who was CEO of Volkswagen Group. Ferdinand drew the first drawings of the car while traveling on the ‘bullet train’ between Tokyo and Nagoya.

According to Ferdinand’s plans, Veyron’s engine would be a total of 18 cylinders with three VR6 cylinder rows. The vehicle’s engine volume would be 6.25 liters and would have a total of 550 horsepower. Let’s say that Ferdinand made this engine plan in 1997, although these values ​​now seem normal. So Ferdinand was planning one of the most powerful engines of his time.

However, Bugatti did not only settle for this prototype for his dream car. A year after the first prototype, the Bugatti EB 218 concept was unveiled, offering a luxurious cockpit to combine power and elegance. The company showed the Bugatti EB 18/3 Chiron, which in its third concept completely outlined a sports car concept.

Bugatti EB 18/3 Chiron was shown in Frankfurt in 1999. The Chiron name used by the company was a reference to Louis Chiron, who Bugatti had worked with in previous years and won many Grand Prix. The company introduced its third prototype as ‘a real sports car’.

However, Bugatti did not settle with this either. The fourth prototype, Bugatti EB 18/4 Veyron, resembled the Bugatti Veyron we will see in 2005. This prototype was shown at the Tokyo Auto Show in the same year as the third prototype. By 2000, the last prototype of Veyron was introduced.

Bugatti introduced another concept, Bugatti EB 16.4 Veyron, at the Paris Motor Show. Bugatti’s latest concept used W16 cylinder engine instead of an 18 cylinder engine. The company started the Veyron story by deciding to have a limited edition of this car.

Bugatti’s new car had an 8-liter 16-cylinder engine that produced nearly 990 horsepower. The engine, consisting of two VR8 engines, also contained four turbochargers. The vehicle could reach 0 to 100 in 2.5 seconds and could accelerate to 400 kilometers / hour.