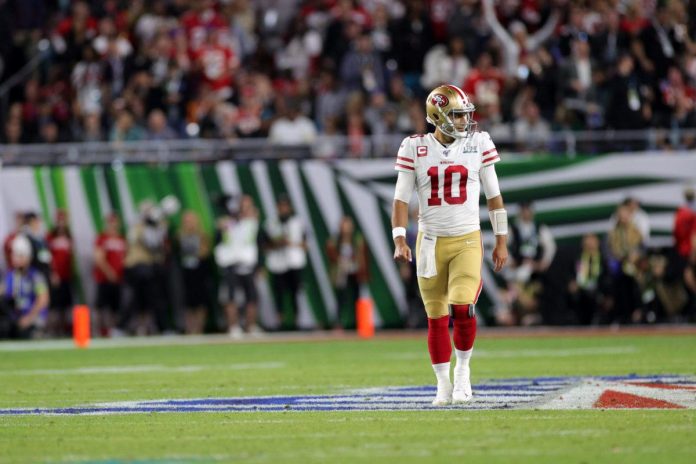 As Jimmy Garoppolo becomes the subject of growing trade rumors, one report of a potentially interested team is strongly refuted by a team insider.

A few days ago, NFL insider Dan Sileo reported that the Tampa Bay Buccaneers are a potential exchange target. Sileo claims that the report comes from Garoppolo’s agent, Don Yi.

But Buccaneers insider Rick Stroud quickly denied the rumor. On Friday, Stroud said on Twitter that the team’s own coaches are against bringing in Garoppolo.

“If (Garoppolo) he could have thrown the ball deep, he would have already won two Super Bowls,” Stroud quotes the coach as saying.

That’s a pretty harsh assessment from an NFL coach. But this is something that can be spread among other coaches across the league.

It’s no secret that Jimmy Garoppolo’s arm strength is one of his most questionable traits. His inability to throw an accurate deep ball cost the 49ers dearly in Super Bowl LIV and the NFC Championship Game last season.

Garoppolo plays in an offense that has already been created specifically to maximize his abilities. If that doesn’t make him an elite quarterback, it’s hard to imagine any offense that can do that.

With Trey Lance on the rise and the rest of the NFL quarterback positions largely settled, there won’t be many applicants for Garoppolo’s services heading into training camp.

Will Garoppolo find a new team this summer?

The UFC 247: Dominick Reyes Spoke To After Losing To Jones