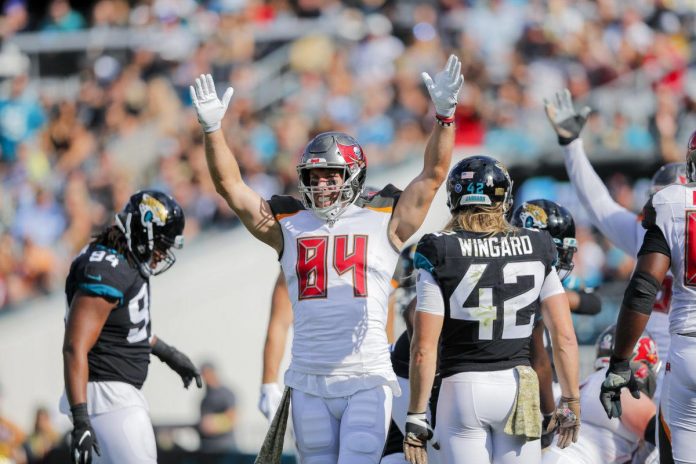 The Tampa Bay Buccaneers have unveiled their first depth chart ahead of the 2022/23 season.

One of the most notable positional battles that took place in the training camp was at an end. They were mostly Cameron Braith and Kyle Rudolph, but the former is currently listed in the starting lineup of the team after the first two weeks of training.

This shouldn’t come as a surprise to many, given that Braith has been on the team for the last eight seasons.

Rudolph just signed with the Bucks last month after spending the 2021 season with the New York Giants.

Braith has been Rob Gronkowski’s understudy for the past two seasons and has shown good results despite not getting as many snaps. He has 527 receiving yards and six touchdowns since 2020.

He also demonstrated the ability to exhibit TE1 numbers before Gronkowski appeared. In 2016 and 2017, Braith had over 500+ yards receiving and 6+ touchdowns caught by Jameis Winston and Ryan Fitzpatrick.

He will have a chance to return to his previous performance and even set new career records this season when Tom Brady is back at the helm.

It is reported that the crows are encouraged by J.K. Dobbins...