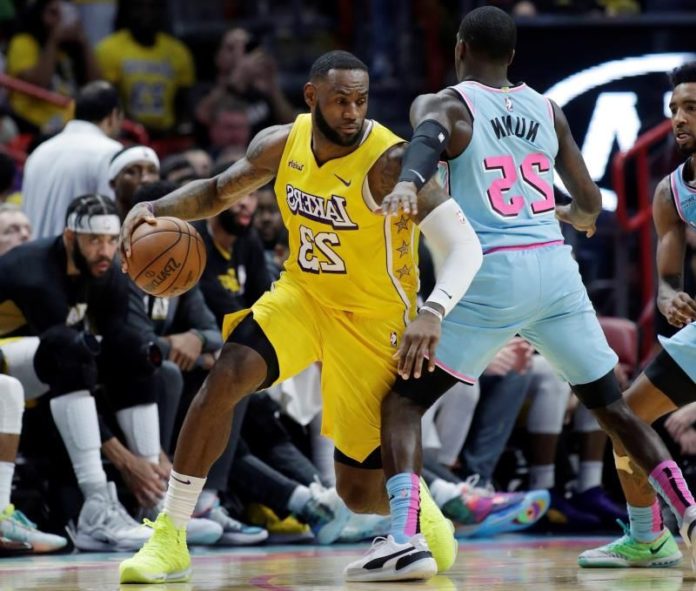 The Milwaukee and Angeles Lakers Bucks do not tire of winning and remain the leading leaders of the league after having achieved two visitor victories on the NBA day.

The Bucks, with their triumph, extended the winning streak to the 17 games and the Lakers to six, while the individual section, the guard James Harden returned to be the top scorer, by getting for the second consecutive game to overcome the 50 barrier points.

The Greek power forward Giannis Antetokounmpo returned recovered from the discomfort he had suffered in the right leg, which prevented him from playing the previous game, and got double-double of 37 goals and 11 rebounds with the Bucks, who won at home 114-127 to the Memphis Grizzlies.

Milwaukee improved his record to 23-3, keeping pace with the Lakers, who also won and have the same brand.

The winning streak of 17 straight games is the second longest in the history of the franchise, with only one streak of 20 games they achieved in the 1970-71 season.

Milwaukee, who hasn’t lost since November 8, when they were overtaken by the Utah Jazz.

Power forward Anthony Davis had double-double 33 points and 10 rebounds as the leader of the Lakers, who defeated the Miami Heat from 110-113 visitors, who had their first defeat in their American Airlines Arena field (11- 1) so far this season, having achieved an 11-0 start.

The Lakers extended the second longest winning streak in franchise history to 13 games played outside their field.

Harden contributed 54 points and led his Houston Rockets team to a wide visitor victory by 107-130 over the Orlando Magic.

The former Most Valuable Player (MVP) award in the league played 36 minutes, made 19 of 31 field shots, including 10 of 15 triples -packed best team mark-, 6 of 6 from the personnel line, achieved five rebounds and gave seven assists.

Harden scored 50 or more points for the fifth time this season and the fourth in the last seven games.

On Wednesday he scored 10 triples and had 55 points in a victory over the Cleveland Cavaliers.

George scored 46 points and Leonard another 42 points with the Los Angeles Clippers, who beat 117-124 at home to the Minnesota Timberwolves and got the fourth straight victory.

After playing 39 minutes, George made 17 of 31 field shots, including 6 of 15 triples, 6 of 7 from the personnel line, achieved five rebounds and delivered two assists.

Leonard also arrived inspired by the game and achieved a double-double of 11 rebounds in 37 minutes, scoring 10 of 24 field shots, including 3 of 3 triples, and 19 of 19 from the personnel line, and delivered two passes for scoring .

It was the highest combined score of the season for the new star pair of the Clippers.

Leonard and George’s previous record was achieved on December 1 when they combined with 65 points against the Washington Wizards.

For the Sixers it was their fifth consecutive victory and the fourteenth straight in their field, the longest streak in the franchise to start a season since they won 22 consecutive games in their field during the 1966-67.

Escort Devonte Graham got 16 points and seven assists with the Charlotte Hornets, who beat the Chicago Bulls at home 73-83, in what was their third consecutive victory.

While the Chicago team lost for the fourth time in five games, and both had the least productive attack of the season.

The previous minimum of the Charlottte team was 87 points against the Boston Celtics on November 7, and the Chicago minimum was 84 against the Toronto Raptors on October 26.

The reaction of the football world to the documentary news about...