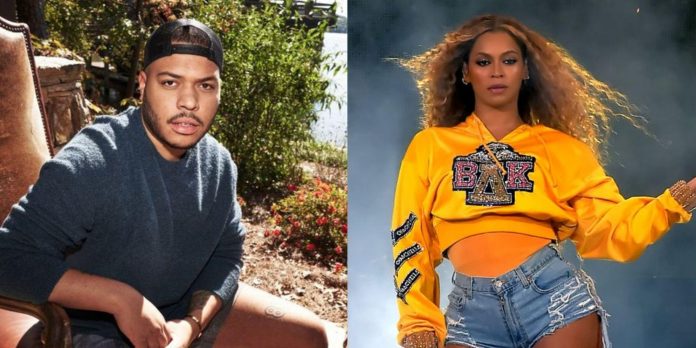 DJ Simmons, the star of MTV Buckhead Shore, said that when he was younger, Beyonce was his nanny. The premiere of the newest spin-off series “Jersey Shore” took place on June 23, and it follows a new cast of 20-year-olds who spend the summer at Lake Lanier in Georgia. The star Parker Lipman, the son of the owners of the fast food chain Zaxby, has a house on the lake, where he spends the summer with his friends, DJ, Juju Barney, Kathy Kanam, Savannah Gabriel, Adamo Giraldo, Bethania Locke, Pat Muresan and Chelsea. Prescott. However, DJ also comes from an impressive family. The star’s father is musician, songwriter and producer Daryl Simmons.

The Buckhead Shore star’s father has worked with music icons such as Michael Jackson, Boyz II Men and Whitney Houston, and the DJ hopes to follow in his footsteps. In the premiere episode, the DJ shared his career goals, stating that he hopes to succeed as a songwriter and musician, like his father. However, the star is not only focused on achieving success in the industry, as he is a little concerned about women living in a house by the lake. According to the actors, DJ and Bethany have a history, but DJ seemed more interested in Chelsea during the premiere episode, and judging by Bethany’s reaction, it doesn’t look like it will end well for him.

Now the DJ has provided more information about his upbringing with a successful musician father, since, according to him, Beyonce was his nanny as a child. The Jersey Shore spin-off star told Page Six about his childhood growing up with Beyonce before she became the world-famous superstar she is today. “Beyonce coddled me… she was sweet, caring, loving, giving and caring,” the DJ told the publication. The star shared that she met Beyonce when his father signed her to his label when she was in a girl group that had not yet decided on its name, which would become Destiny’s Child.

The musician explained that Beyonce and Destiny’s Child singer Kelly Rowland will stay with him while his parents go to dinner to make sure he is “right.” The DJ added, “So I can say that Beyonce was my babysitter.” The Buckhead Shore star also said he hopes his appearance on the show will make his name popular and help him reconnect with Beyonce. However, if the show doesn’t bring him much fame, he still plans to keep going towards his goal.

Few people can say that Beyonce was the one their parents called to look after the child when they needed to spend the night alone. But for the DJ, she still wasn’t the most famous person his father knew. Hopefully Buckhead Shore will attract a lot of attention to the DJ and his music. Not only so that Beyonce would know his name, but also so that he could get past the Jersey Shore spin-off and realize his musical dreams.

The series “Divergent: Ascension” — why the final film was canceled