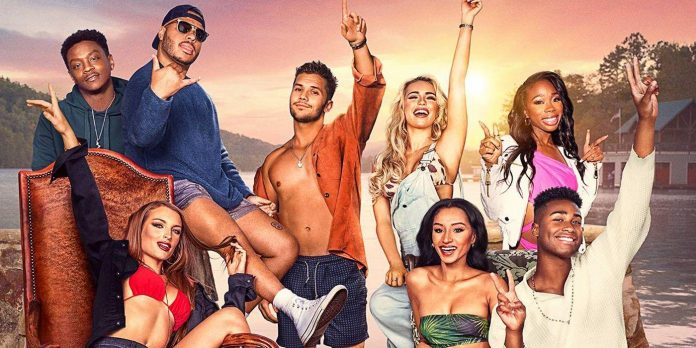 The Buckhead Shore cast did what they do best when the show premiered on June 23: they threw a huge party, but unfortunately the police quickly closed the event. The new reality show is the third series about Shore broadcast on MTV, after the popular Jersey Shore and Floribama Shore. Unlike its predecessors, the new series tells about a group of actors who are already close friends, and not about a group of strangers living together in the same house. The show follows Juju Barney, Katie Canham, Savannah Gabriel, Adamo Giraldo, Parker Lipman, Bethania Locke, Pat Muresan, Chelsea Prescott and DJ Simmons. The actors live in Parker’s lake house in the summer, and the star, whose family owns a chain of fast food restaurants, seems to be the leader of the pack.

In just one episode, fans have already found out that Parker and Savannah are dating, but his girlfriend doesn’t want to come to the Lake Lanier house in Georgia because Parker’s ex-Katie is there, and she doesn’t want to be near two of them. them. Katie is also not thrilled with the idea of Savannah joining her and her friends, as she seems to still have feelings for her ex. However, the love triangle is not the only storyline of Buckhead Shore. The DJ hopes that this show will help him advance in his music career, and he will be able to achieve greatness in the industry, like his father, Daryl Simmons, who worked with icons such as Michael Jackson and Whitney Houston. The show, which has been described as a mashup of Floribama Shore and Siesta Key, will also touch on heavier topics such as Juju’s struggle to open up to his friends in the house.

There’s still a lot to do on the reality show, but after the first episode aired, the cast of Buckhead Shore ran into some problems at their premiere party. According to TMZ, the cast of the show got a little angry at their gathering, and the night ended with the police at their door. The Buckhead Shore actors threw a party on Thursday night to watch the premiere together, but their neighbors reported them to the police for being too noisy. The police arrived at the party at 23:30. after several complaints about the noise and found the street crowded with cars on both sides, which blocked traffic.

Unfortunately for the MTV stars, the police quickly shut down the party. Fortunately, the actors were willing to cooperate, and the police did not issue a fine to anyone. Although they didn’t shoot for Buckhead Shore, the stars hired a private videographer to film the night for their own entertainment. TMZ shared video evidence of the allegations, showing a street full of cars near a large house that apparently belonged to one of the actors. The party is no surprise to the actors, who seem to be following in the footsteps of the parties that have appeared both on the Jersey Shore and on the Shore of Floribama. Although the cast has not yet earned the star status of Nicole “Snooki” Polizzi or DJ Paulie Dee, it is clear that this has not prevented them from having fun as reality TV stars.

If a network gives a group of 20-year-olds their own reality show, they throw an uncontrolled premiere party that ends when the police show up. Of course, one should expect that the new cast will want to celebrate their big premiere, but maybe next time they will try to keep the situation under control. Fortunately, nothing got out of control, and the Buckhead Shore stars treated their neighbors respectfully and ended their party at the request without any problems. This will definitely humiliate the stars of the Jersey Shore spin-off and show that participating in a reality show does not mean that they are above the law.

League of Legends: Wild Rift arrives in Brazil on March 29