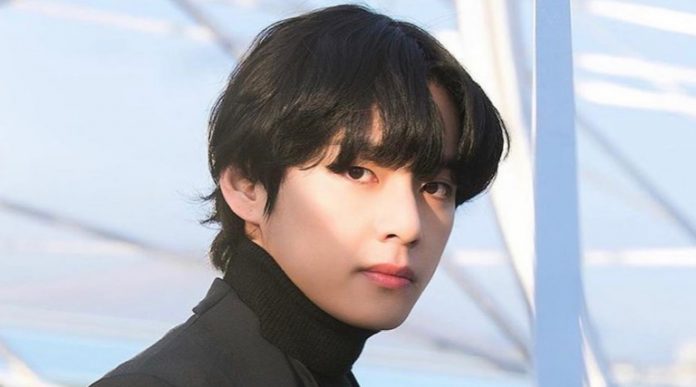 Kim Taehyung won one of the music categories at the annual Apan Star Awards, the BTS idol triumphed with his OST.

BTS’s V won a statuette at the 2020 Apan Star Awards for the song ‘Sweet Night’, original soundtrack of the drama ‘Itaewon Class’, fans of the K-pop boy band celebrated the award with messages of love for the vocalist .

The Bangtan member Sonyeondan extended his artistic career to other activities within the entertainment world, his career includes composition, acting, modeling, and performance of OST for dramas .

Taehyung provided his voice for the song ‘Sweet Night, ‘ which was included in the official soundtrack of the hit Korean drama ‘Itaewon Class . ‘ The song received rave reviews and the response from the public was incredible.

The OST released in March 2020 was among the first places on important popularity charts both in South Korea and also in other latitudes of the world such as the United States and Japan.

On January 23, the idol from the city of Daegu seized on a new achievement with the tune ‘ Sweet Night ‘ at the 2020 Apan Star Awards annual event . We tell you all the details below.

The success and impact of the OST of ‘ Itaewon Class’ received a statuette at the 2020 Apan Star Awards , the track produced by V captured the attention of the show by winning one of the most anticipated categories of the night.

Taehyung’s ‘Sweet Night ‘ triumphed in the Apan Star Awards ‘ Best OST ‘ mention , sadly the BTS vocalist was unable to attend the event due to his activities and tight schedule.

The host of the popular delivery shared that the production would send the statuette to the interpreter of ‘Dynamite’, congratulated him for his artistic work and for the new achievement in his solo career.

Through social networks, under the phrase ‘CONGRATULATIONS TAEHYUNG’, ARMY from all over the world published congratulatory messages for the dancer from the agency Big Hit Entertainment, netizens assured that it was a well-deserved award .

HEY !, Kim Taehyung accumulated a great fortune thanks to a lot of effort and hard work, what items did he spend the most money on ?, visit: The 7 most expensive things that V has bought.

Rose from BLACKPINK told about the scariest moment she has...