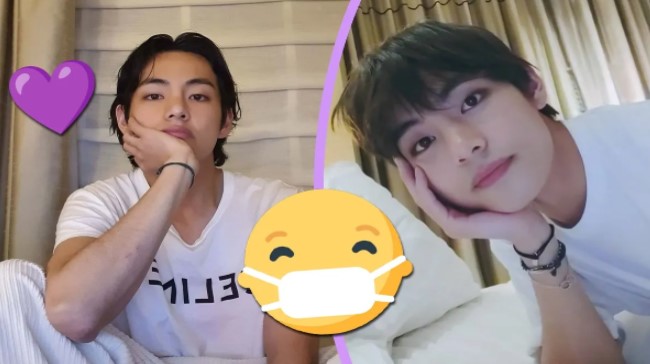 How is V? The BTS idol is taking care of his health and revealed how he is dealing with the disease, the HYBE singer gave a message to the ARMYs who are worried about him.

Just a few days ago, the Winter Bear interpreter was diagnosed as a positive case of the disease that affects everyone in the face of the increase in diagnosed cases, this is not the first time that a BTS member has been sent to take care of his health while at home for this reason, but that doesn’t lessen the concern of fans.

After BigHit released Taehyung’s news through a statement, fans around the world started sending him good wishes for a speedy recovery, but there was still no message from the singer.

It was until now that V contacted his fans and gave them an update about his health status, what did he say about how he feels?

BTS’ TAEHYUNG UPDATES EVERYONE ON HIS HEALTH STATUS

This K-Pop singer took a look at social networks and saw some fans asking about him with curiosity, as many wondered why he had not been present on any online platform during isolation.

A fan post on Weverse mentioned that although the statement said the singer had no severe symptoms, not seeing any signs of him on the internet was beginning to make him wonder if he was perhaps facing difficulties, so seeing his fans’ concern, V responded by calming down all ARMY:

The HYBE artist also took a moment to joke around with his fans and shared an original play on words. Taehyung shared a photo of an egg snack that he was about to enjoy, however he added the sentence he should be touched by his comments.