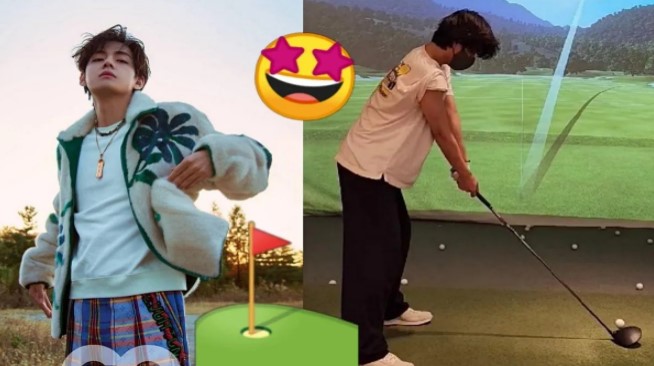 Weverse is one of the favorite platforms for ARMY and BTS to communicate with each other. Fans are constantly leaving comments for their idols and they respond from time to time, surprising users with their quips. Just like it happened with a fan who talked about her boyfriend and Taehyung answered her.

Recently, an ARMY confessed that her boyfriend had been impressed with V. The BTS member did not take long to respond to ARMY’s post, revealing his own details that the fan could boast with her boyfriend.

For Taehyung fans, it’s no secret that the BTS member has endless talents. From composition, art, practicing various sports, even playing the trumpet. For this reason, it is common for the idol to impress both fans and those who do not know the group.

It was thus that an ARMY decided to tell V how impressed her boyfriend had been when she saw a video of him.

THE ARMY BOYFRIEND WHO WAS IMPRESSED BY V

Through the Weverse platform, an ARMY sent Taehyung a message mentioning that his boyfriend watched him play golf and was impressed by how well V played. After that, the fan asked if there was anything he was bad at. The idol did not take long to respond about his golf skills:

If you want to show off with your fiancé, I heard that I am a talented person who can make the best of 270 conduit.

To his message he also added that in the future he will add the Golf with one of his specialties.

TAEHYUNG CALLED HIMSELF AS A GIFTED GOLF PLAYER

After those messages, the BTS member could not help but continue to respond to his fans by referring to his new talent. He sought to dodge questions on his mixtape by mentioning how good he was at golf. In addition to thanking and wishing good night to other users who congratulated him on the video of him playing golf.