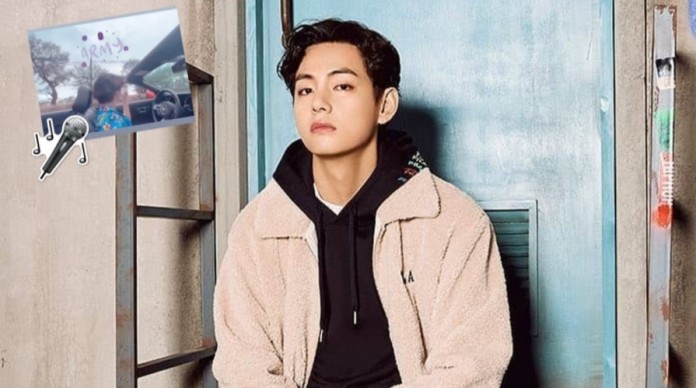 BTS is on their vacation period, but that doesn’t mean the guys can’t surprise their beloved ARMY. On this occasion, the person in charge of giving the fandom a gift was V, who uploaded a story on Instagram where you can listen to an unreleased mini song. The lyrics of the single captured the glances of his followers, and the same happened with the message hidden in the idol’s ‘stories’.

Bangtan Sonyeondan expresses her love for her fans through gifts, and in recent days, some of her members have been encouraged to share their solo projects. Jin began this period of surprises with the performance of his song “Super Tuna”, and then “Girl of my dreams” was released, Suga’s theme included in the posthumous Juice WRLD album.

Nor can we leave out the fragment of “Our Summer (Christmas Tree)”, V’s single that will be part of the OST of the Korean drama ‘Our Beloved Summer’.

What is the name of the song that V shared on his Instagram stories?

As we mentioned previously, in the last hours of December 9, Taehyung shared a series of connected ‘stories’ on Instagram. The sequence begins with the idol driving on a highway, above him appears the name of BTS’s fandom, ARMY, while the letter “I” can be seen on the stripes.

While the idol looks very relaxed and enjoying the view, he is also seen singing very inspired. The singer performs the single that is heard in the background. At the conclusion of the stories, the letter “U” is seen and if it is added with the others that appeared throughout the video, V told his fans that he loves them because the word “I Love You” is formed.

On the Instagram song, the musician did not reveal his name, but he did drop a track on Weverse. V created a moment on Big Hit’s social network where he wrote: “(leaving) some lyrics here, just a song I did a long time ago, the vibe was good.” For now, it is unknown when it will be released officially, however, some ARMY have already promised to reproduce it thousands of times.

On the other hand, a Twitter user, identified as @minsugacheonye, ​​was given the task of transcribing the Instagram song to translate it into Spanish. According to the translation, V invites a person to escape with him. Likewise, she lets him know that he only seeks to give her happiness, as well as show her all his colors. Below you can read the snippet:

After finding out about this song on Instagram, ARMY used social networks to share their requests to hear a V mixtape very soon. Let’s hope that the musician will surprise us very soon with what the single is called, and with the full version of it.