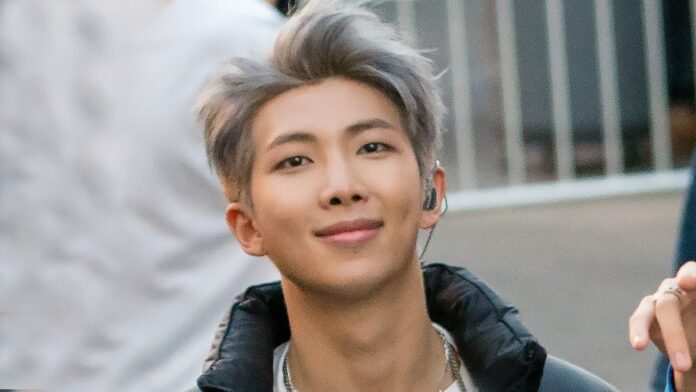 Kim Namjoon, better known as BTS’s RM, in addition to being the leader of the K-Pop boyband, is a great music composer and each of her lyrics are filled with deep reflection. So it’s no surprise that a visit to the “Shining Pillars” art gallery is the perfect time to engage in various thoughts and later share them with your ARMY fandom.

The Bangtan Boys rapper has indicated that he enjoys all kinds of artistic expressions, from writing, poetry, painting and sculpture, since all these arts can lead him to discover about himself. Precisely, this type of hobbies reflects them in his songs and is something that his fans love.

RM has also pointed out that he takes inspiration from various sides, drawing inspiration from stories that come from stories, legends, novels and even unique pieces of art that usually adorn entire galleries. ARMY finds his solo songs fascinating, as they showcase Rap Monster’s versatility as an artist.

The leader of BTS enjoys exploring new artist proposals and even acquires one if it is to his liking, although he is not the only one, since V also showed this appreciation when an ARMY sent him a portrait of him as a character from the Simpsons, same as now it is on display in his residence.

RM shares his reflections with ARMY

On August 9, BTS’s Twitter account surprised Kim Namjoon at an art show by Seungjo Lee, which is on display at the National Museum of Contemporary Arts in South Korea, and the photos featured the rapper admiring the gallery; who wrote the following:

The “Shining Pillars” gallery was described as follows: “’Train travel’ is the key phrase of this exhibition, Seungjo refers to train travel as a change of time and space. The reference is to the moment when a train passes and the landscape of the place passes through the window, it becomes in time and space, in something different, in a future time ”.

BTS reveals how to prepare for the BANG BANG CON