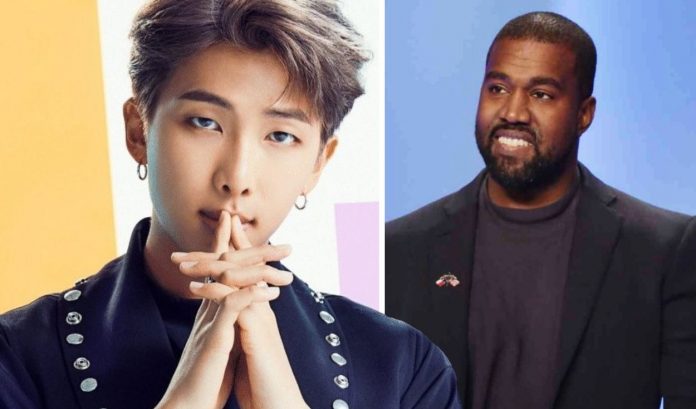 West‘s newly released 10th studio album would have won over BTS frontman and rapper Namjoon. Everything seems to indicate that Namjoon, like thousands of people around the world, would have been conquered by Donda, Kanye West’s tenth and recently released studio album.

Via Weverse, the leader of BTS shared a publication concerning the disc that was officially launched on August 29 (EST) for download and digital transmission. Although he does not explicitly say that he likes the material, he does evidence that he reviews each of the pieces worked by his colleague from the rap industry.

In his post on the Big Hit Music platform, Kim Namjoon uploaded a photo of Donda’s tracklist. The caption that accompanied the update was: “Now (listening to) song # 16”.

The song referred to by the famous 26-year-old Korean is “ Keep my spirit alive ”.

Here, the message that the idol uploaded to Weverse that on September 12 will celebrate one more year of life. 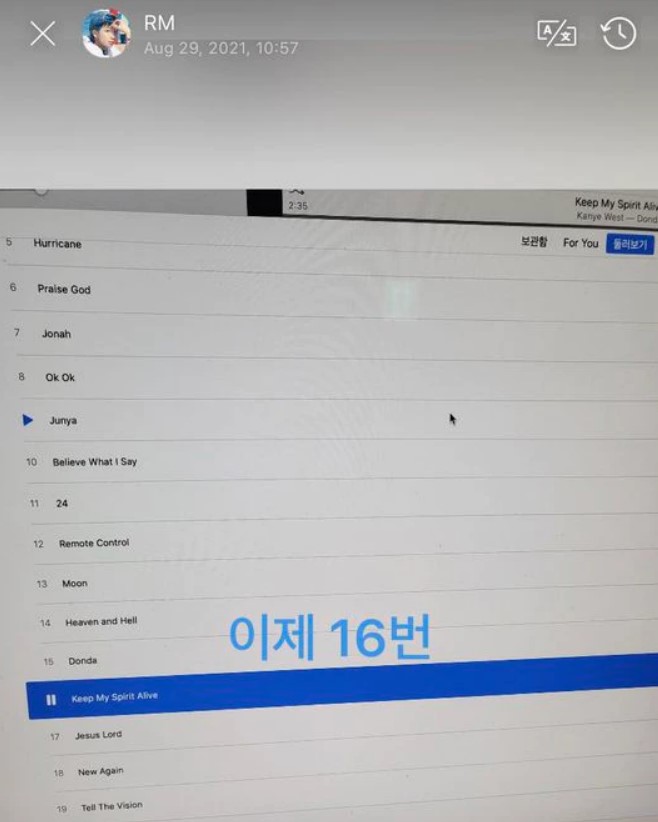 In recent updates on RM, the global star made talk days ago for not hesitating to defend his fandom ARMY from accusations of chart manipulation that came to light during the interview with Billboard.

The music outlet addressed allegations made by fans of the unprecedented success of BANGTAN’s music on the music charts, particularly on the Hot 100.

This was part of the answer that Kim issued on the subject: “It is a valid question, but if there is a debate within Billboard about what it should really represent to be # 1, then it is in your hands to modify the rules and make the streaming have more weight in the ranking. Blaming ourselves or our fans for getting # 1 with physical and digital sales … I don’t know if that’s correct. It feels like we are easy targets (of those accusations) because we are a boyband, a K-pop group, and we have this great loyalty from our fans. ”

Will Ed and Kelly from “Orville” get back together? Seth MacFarlane...