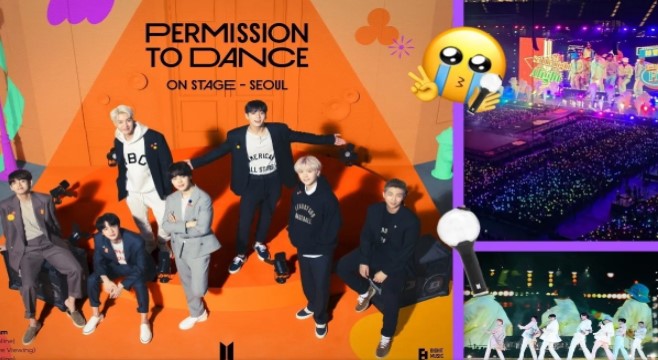 Due to sanitary measures, Korea has limited the number of people at concerts, but BTS’s Permission To Dance On Stage In Seoul has more approved audiences, how many fans will be able to attend the event?

BTS has already resumed its face-to-face concerts and the K-Pop group could not wait to meet their fans in Korea once again, so since the end of their presentations in Los Angeles, the Bangtan Boys announced new dates for Seoul.

The expected Permission To Dance On Stage will arrive in South Korea next March, there will be a total of 3 dates in which Bangtan Sonyeondan will be able to meet with ARMY from their country of origin to have these unforgettable nights.

The next BTS concerts will be held in Korea on March 10, 12 and 13 and the best thing is that the idol group will not leave out ARMY from all over the world and their second date will be broadcast around the planet in the cinema, as well that international fans will also be able to be part of this event.

But in person, how many fans will be able to attend Permission To Dance On Stage In Seoul? A larger number of people have been approved for this BTS event.

Although Korea has strict sanitary rules, a greater number of people have been approved for BTS’s Permission To Dance On Stage In Seoul concerts at the Olympic Stadium, the idol group will be able to have 15 thousand fans in the venue for each date of your events.

That means that a total of 45,000 people will attend the three dates of PTD On Stage In Seoul, so more fans can go see Bangtan Sonyeondan live.

So more ARMYs will be able to enjoy the great concert of BTS, and they will not miss a thing, there will be a large audience both in person and online and at the cinema to see Permission To Dance On Stage In Seoul.

The map for BTS’s Permission To Dance On Stage In Seoul has ARMY excited, the idol group revealed how the seats will be arranged at the concerts and it will be a simply spectacular stage, surely BTS has prepared many surprises for their fans.

Do you have everything ready to see BTS in concert? Only the Korean public will be able to attend, but everyone will have the opportunity to experience these boy band events online or at the cinema.

In other BTS news, here we remember when Jin graduated from college and celebrated alongside ARMY and his groupmates.