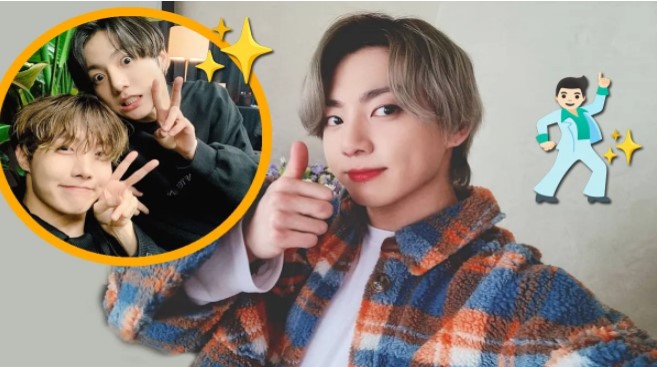 Jungkook returned to dance practice and revealed the results with a clip for BTS fans. But not only was ARMY impressed, J-Hope was also pleasantly surprised to see her groupmate.

It has been only a week since RM was in charge of announcing that the youngest member of the group was taking dance classes, something that Jungkook himself confirmed hours later by posting a photograph inside a dance studio.

However, doubts remained about the new activities of BTS’s Golden Maknae, because to the surprise of many he had only released a photo instead of a video showing his routine, as he has done previously with his training sessions. box.

However, the fandom knew that the video would probably come later and it was a matter of days for the K-Pop idol to share the result of his dance practice.

JUNGKOOK PRACTICES A NEW STYLE OF DANCE THAT AMAZED EVERYONE

In the clip, Jungkook appears next to the dancer Taesung (specialized in house dancing) inside the dance studio that the singer previously showed, only this time the music accompanies them and after an introductory count both begin to skillfully mark some steps of dance.

The rhythm of the melody in the background goes perfectly with the steps of both artists, and since they were both satisfied with the result of their practices, they ended the video with a high-five.

Although Jungkook’s Instagram post earned a wave of likes from BTS fans, they weren’t the only ones who showed their support for the idol and their surprise to see him back in training, but J-Hope also appeared. in the comments section.

The rapper of the K-Pop band left a message with three emojis of fire in this post and, since he is one of the expert dancers within the group, this was even more special.

In other BTS news, we tell you that the group will have a collaboration with Free Fire, here you will find all the details.

Plus belle la vie: Are Samia and Boher ready to put...