Home Celebrity BTS’s Jungkook returns to dance rehearsals, is he planning something new? 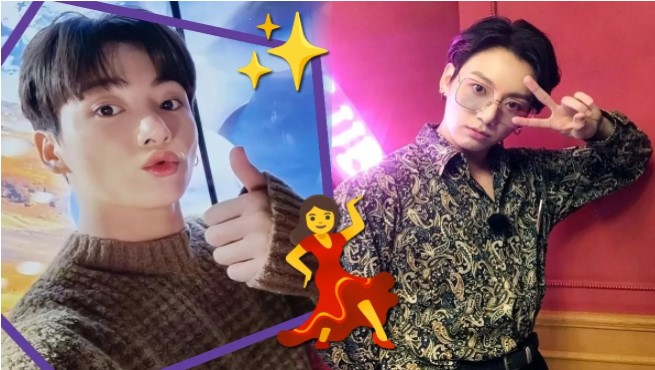 Jungkook could surprise us very soon with his dance skills, the BTS member is back in dance practice and ARMY has some theories about what we could see from the idol.

If you were wondering what the members of BTS have been doing these days, they themselves were in charge of giving updates to fans and were present through different social networks. Jungkook, for example, returned with a new photo that has sparked the curiosity of the fandom, but why did this move ARMY so much?

A few hours ago, RM, Jimin and Suga had a live broadcast where they talked about their upcoming concerts, their Instagram accounts and what each of the idols is doing, among the different data they shared, Namjoon said that Jungkook had been practicing dance and taking classes, but it would be the youngest member of the group who would confirm this later.

Jungkook released a new photograph where we see him in a dance studio and this time he is not alone, why suspicions were unleashed with said publication? Here we tell you.

JUNGKOOK TAKES DANCE CLASSES AND MIGHT BE READY FOR SOMETHING COOL

To begin with, we must begin by pointing out that the person who appears tagged in the photo is a dancer who specializes in the house dancing style and who has stolen attention on social networks, since both on YouTube and Instagram he usually shares dance videos, tutorials and more.

Furthermore, the idol tagged the dance studio where he has been practicing and some of the singer’s fans also noted that his tattoos appear to have been covered up in the photo. Another detail that did not go unnoticed is that this time Jungkook has chosen to share a photo and not a dance clip, but what could he be planning?

Although many BTS fans agree that it could only be classes to get into a new style of dance, for others the coincidences suggest that the K-Pop idol may be preparing a surprise.

For example, it is said that he might have filmed a dance video that will be released later and because of that, he momentarily only shared the photo to heighten the excitement.

However, there are also those who think that it could not be the Golden Maknae precisely because his tattoos are not seen in the photograph, but so far they are only rumors and suspicions, it will be a matter of waiting to discover if there is really a project on the way. Tell us what you think of the idol’s new post.

Don’t leave Rex Nation, find out what Jungkook is afraid of and learn more about the singer.

Tekashi 6ix9ine is accused of infringing copyright with GOOBA