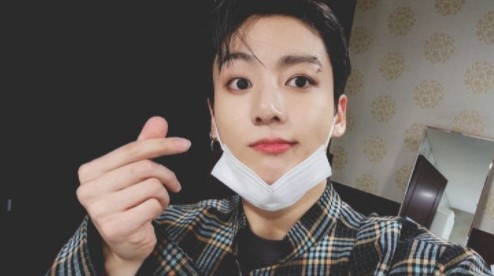 The golden maknae created quite a creative Instagram user and difficult to imitate. Check the secret behind.

This morning BTS surprised ARMY with individual member accounts. However, one of the moments that amused the fandom the most was the Jungkook user who confused more than one. And in Sónica.mx we tell you what is the secret behind his name that almost all the fandom could not guess.

It is a fact that everything BTS does becomes a trend or breaks a record. So far, Instagram has not made an official statement on whether idols are the artists with the highest number of followers achieved in a lesser number of hours, but we are confident that they will.

As expected, the names of the BTS members were already taken by fans who made fan accounts in his honor. However, the seven South Koreans used creative usernames to get their accounts verified. The one that surprised the most was the golden maknae, who used the entire alphabet to have a unique and creative name.

Jungkook’s Instagram user is @abcdefghi__lmnopqrstuvwxyz and ARMY was surprised when they discovered that the idol gave another meaning to the alphabet, as he omitted two letters with which he is known. JK is another name that BTS’s maknae is known by, however these were replaced by underscores.

In Weverse, J-Hope spoke with ARMY and the fandom commented that they found it cute that Jungkook was learning how to use the social network where he has already surpassed 14 million followers. Given this, the Bangtan dance leader commented that the youngest showed them the user of him and they were very amused with it.

As if that were not enough, Jungkook commented that he was trying very hard to learn how to use Instagram, as he uploaded some photos with his results from the personality test that he recently took. But when he was criticized for uploading them, he decided to delete them and later uploaded them as stories.

At that time Jungkook commented ‘people say that you don’t upload these posts to your feed but to your stories, what is the mood of Instagram?’ published the idol. Without a doubt, ARMY was once again surprised by the ingenuity of the maknae and applauded his creativity, which he has always characterized.

La Casa de Papel: Netflix paid a sum to save the...