Home Celebrity BTS’s Jungkook graduates from college with honors, what did he study? 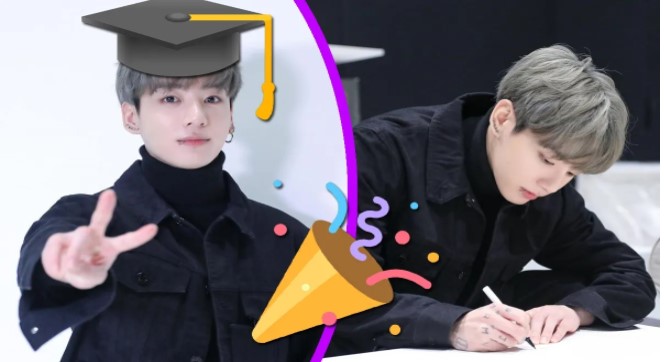 The Golden Maknae of BTS finished his university career and on his graduation day he received a special award, find out what Jungkook studied and what he said during his speech upon receiving the award.

BTS idols have shown their desire to continue learning in different fields, so while we see them preparing albums, concerts and traveling the world, they have also continued their studies.

Several of the members of the idol group enrolled in universities where they can pursue a career while developing their activities in the world of music, but today is special because Jungkook has just graduated.

What did Jungkok from BTS study? The idol studied Entertainment and Broadcasting at Global Cyber ​​University, but as proof of his great performance, he even received a special award after completing his degree.

JUNGKOOK RECEIVED THE PRESIDENT’S AWARD AT HIS COLLEGE GRADUATION

The graduation of the BTS Golden Maknae generation was recently held, but although this K-Pop idol could not be present, he did send a special message, since the ceremony was also broadcast live. In the video that Jungkook prepared, he received the recognition and introduced himself as a graduate, adding:

They say graduation is as much an end as it is a beginning and I think that’s why I feel sentimental, but on the one hand I feel emotional.

The BTS member thanked everyone who was part of this stage in his life, teachers, teachers and of course, congratulated his classmates who are also graduating. He also gave thanks for the award he received and said that he would do his best to be a good sunbae for others.

I think that learning is something that is always fun and cool and exciting, and I hope that we all (…) move forward with the same diligence as we do now for our dreams and goals.

Hyun Bin and Son Ye Jin could have a relationship