Home Entertainment BTS’s Jin is Excited for IN THE SOOP 2, Did He Reveal... 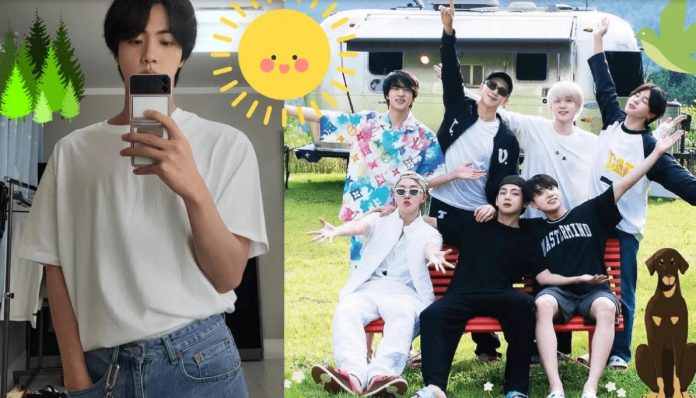 Does BTS’s Jin know the surprises the band will bring to ARMY very soon? One of his posts surprised fans. The second season of BTS’s IN THE SOOP is coming very soon and as a gift to the most loyal BTS fans, Weverse organized a marathon of the first season of the series and Jin was the happiest of all. Did you reveal a spoiler about the future of the project?

There is less and less for the premiere of the long-awaited season 2 of IN THE SOOP , the BTS series where singers and rappers leave their star lives, move to a cabin in the middle of the forest and have daily activities that they show ARMY the group coexistence. Wow!

Following the great reception and impact of the first season, it was recently announced that the second installment would be released in October of this year, bringing joy to the broad Bangtan Sonyeondan fandom .

To celebrate the arrival of a new season , Weverse platform shared a fascinating ad for the entire community of users and the apparently Jin of BTS has many spoilers IN THE SOOP . Will there be a third season?

Through Weverse , a message was published in which they announced the first kill of IN THE SOOP 1, this began on September 18 with chapters 1 to 4 and on Sunday 19 the transmission of episodes 5 to 8.

The reactions did not take long and in addition to ARMY, Jin showed his enthusiasm for the activity since he commented that it would be better if they will release 3 seasons of the series, but then ARMY will have IN THE SOOP 3 ?

Please drop 3 seasons of IN THE SOOP at once.

Netizens began to speculate about the meaning of the post, since the oldest member of Bangtan Sonyeondan is very good at spoilers , another part of the fandom assured that it was only his love for the series and he would join the marathon. What do you think?

Avatar: Frontiers of Pandora Will Have Mandatory Ray Tracing