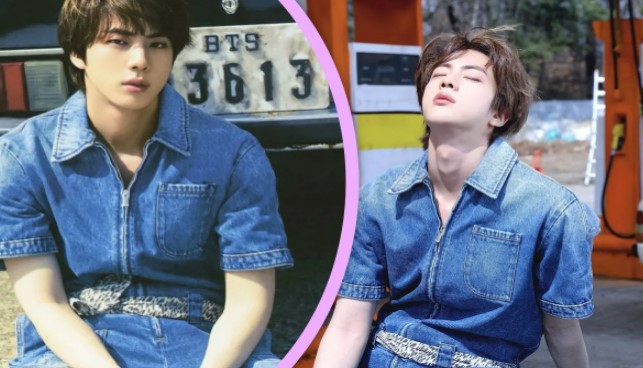 BTS imminently triumphed at the 2021 Mnet Asian Music Awards, the idols did not stop thanking, and Jin surprised ARMY … Although for the wrong reason.

As expected, BTS swept the MAMA 2021, with multiple recognitions that once again endorse the great dominance of the K-Pop group, the most important companies in Korea appreciate all the work of this boy band.

Although the great success of Bangtan Sonyeondan would not be the same without the support of ARMY, it is a faithful fandom that spreads all over the world and that never hesitates to show all the love and admiration it has for the artists of its favorite group.

So the members of Bangtan know perfectly that their triumphs are a teamwork that they carry out with their fanbase and they are always grateful to those who have not left their side and have given their all for them.

For the 2021 Mnet Asian Music Awards, there was no exception, late but sure, BTS idols thanked their fandom and Jin surprised us by his sincerity by expressing his gratitude to ARMY.

Seokjin posted his big thanks to ARMY for the awards they received at the 2021 MAMA, the fandom was looking forward to knowing how happy the idols were for their victories, although they were surprised to read the words of Bangtan’s World Wide Handsome.

Jin acknowledged that he had just woken up after sleeping for 17 hours straight, LOL, and that’s why he was posting his thanks up to that point.

LOL, no one expected the reason why Jin was slow to find out about the great triumph of the idols, but we understand, we would all want to sleep for 17 hours straight.

Through various digital platforms such as Weverse, Instagram and even Twitter, all BTS idols thanked ARMY for their victories in MAMA 2021, being one of the most awarded and recognized in this important gala.

This is how Bangtan idols show that ARMY’s love is reciprocated and that they know very well that it is thanks to their fans that they are achieving all their dreams and successes.

In other BTS news, RM explained why they value every award they receive and that they already have a huge shelf full.

The documentary “Elvis: That’s the Way It Is” will arrive soon