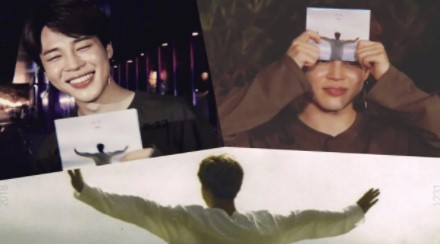 BTS’s Jimin is one of the idols who shines with his multiple talents, in singing and dancing he has never disappointed and with ‘Promise’ he achieves achievements that no one else has.

The idols of BTS are incredibly talented, they have worked hard for more than 8 years to show the world each and every one of the musical skills that these artists have, this is why they have earned the great love and affection of a great public.

Faithful proof of this is Jimin, who has not only been an excellent dancer who manages to make an impact with every movement he leaves on stage; but also with his amazing voice that has graced the best Bangtan Sonyeondan melodies.

Each Bangtan song has all the personal stamp of Park Jimin, where we can hear the best of his voice; but he has also managed to stand out with solo songs that let us see more of his personal essence and musical vision in his compositions

One of his songs and one of ARMY’s favorites is ‘Promise’ that he released in 2018 and with which he continues to prove to have great success on every platform.

Jimin’s song ‘Promise’ has achieved 300 million views on SoundCloud, being the only song on the platform with this number of views, a record that no other artist or group has, proving that Jimin is king on this streaming page. .

‘Promise’ is the first song on SoundCloud that has so many views, this is how Jimin leaves his mark on the platform and shows us how great his songs are on different pages, platforms and so on.

It has taken almost 3 years for ‘Promise’ to reach this number of reproductions, this leaves that on average, the song was listened to 100 million times per year since its release date.

What Are Some Other Very Popular Songs By Jımın?

Jimin has succeeded with even more songs, Serendipity has 157 million views on YouTube, Filter has been listened to 80 million times and Lie is also one of his most popular songs, with more than 50 million views.

This is how Jimin triumphs with his solo songs thanks to the great support of ARMY that is reflected with all his records.