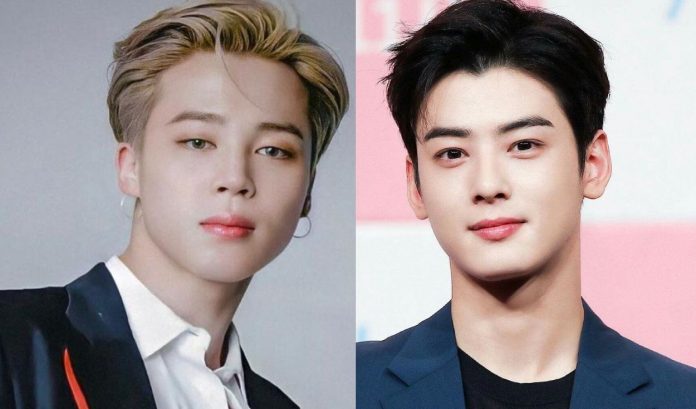 The experts’ brand ranking is led by Jimin and Eunwoo. How did the other members of BTS, ASTRO, and more boybands fare? K-pop idols have overwhelming popularity in groups and individually, but the definitive kings currently are Jimin and Cha Eunwoo, respective members of ASTRO’s BTS.

The monthly ranking of brand reputation attest to this. The ranking, defined through big data analysis, evidences how mentioned famous Koreans are by fans and the media.

The Korean Business Research Institute released the new personal brand reputation list of male idols on August 21 (KST). BTS’s Jimin and ASTRO’s Eunwoo led the important top 100, which for this issue evaluated dates from July 21 to the same day of publication.

In particular, Park Jimin stood out by taking # 1 once again, allowing him to extend his record at the top for 32 consecutive months.

On the other hand, after being crowned Idol Actor of the Year by the 2021 Brand Of The Year, Cha Eunwoo took second place in the August rankings.

The ASTRO vocalist, dancer, and visual player had a brand reputation index of 4,403,703. This figure marks a personal growth of 1.1% compared to his results in the previous edition, where he obtained the fourth position.

How did the other K-pop idols fare?

Jungkook, V, RM, Jin, and Suga made their way throughout the top 10, while J-Hope took the # 11 position.

As for ASTRO, Eunwoo is the only one in the top 30, and later Moonbin is ranked 51st.

Idols from SUPER JUNIOR, SEVENTEEN, WINNER, THE BOYZ, 2PM, MONSTA X, and other boybands also appear at the top. Here, the first 30 places.

Venom: There Will Be Carnage Will Push Your PG-13 Age Rating...