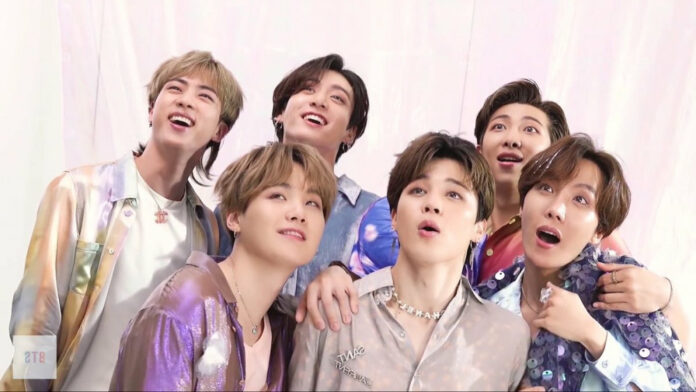 BTS gets 700 million views on ‘Fake Love’ MV on YouTube.

The Big Hit Entertainment guys are preparing their musical comeback with their fourth Japanese album material, ‘Map of the Soul: 7 The Journey’, to be released on July 15 of this year.

BTS is one of the K-pop groups that records the most records worldwide, they are a success on all digital platforms and ARMY, who enjoys music, is in charge of placing the Bangtan Boys as the most listened artists on Spotify, Apple Music and Google Play Music.

Now, the ‘Fire’ singers have achieved incredible numbers in another of their music videos, the ‘Fake Love’ MV records over 700 million views. The clip released on May 18, 2018, has more than 12 million likes and accumulates more than 2 million comments.

This is the third clip in BTS’s music career to reach that many views on one of the largest video platforms such as YouTube, ‘DNA’ was the first MV to achieve that number of views, followed by ‘Boy With Luv ‘.

‘Fake Love’ is also remembered by fans, as BTS made history from the first presentation of their song at the 2018 Billboard Awards, the boys dazzled the ceremony attendees with their costumes and powerful dance choreography.

Will Patrick Dempsey be back with the next episodes?