Home Celebrity BTS’s ‘Butter’ Chosen as ‘Song of the Year’ By ‘Consequence’!

Even though it has been more than half a year since its release, BTS’s ‘Butter’ has not stopped printing many achievements, which this time came from one of the United States media.

‘Butter’ belonging to the boy group from HYBE won the title of ‘Song of the Year‘ through the United States media, ‘Consequence’ in ‘Consequence of Sound‘.

BTS managed to beat various well-known musicians who were included in the top 50 songs in the award, including Lucy Dacus, Lil Nax X, Japanese Breakfast and many more.

Meanwhile, BTS is known to be on their break to enjoy a vacation with their family, the first time since their debut.

Congratulations to BTS and fans ARMY on the ‘Song of the Year‘ award by ‘Consequence of Sound‘! 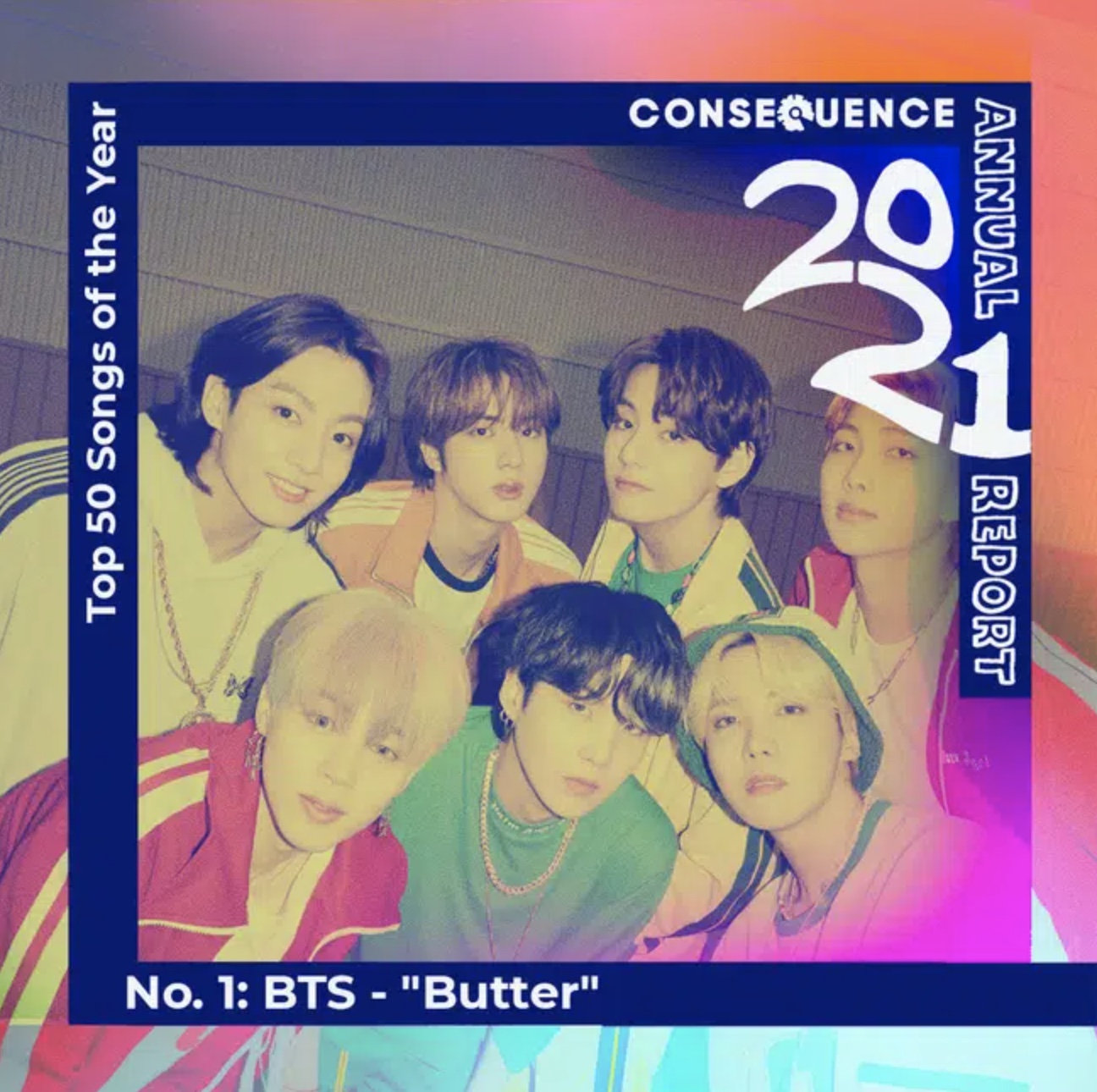