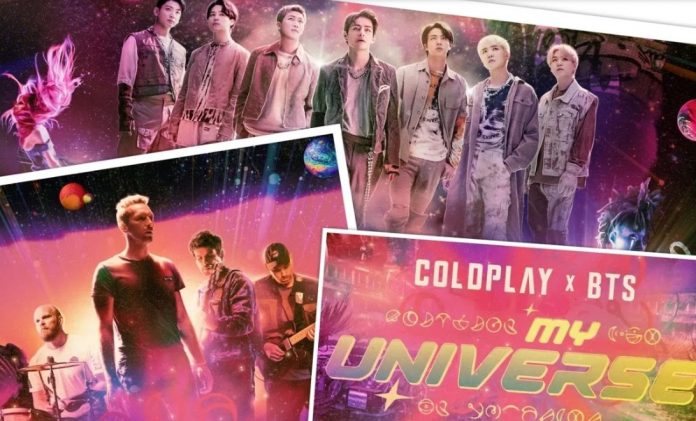 BTS and Coldplay shocked the world with a beautiful collaboration, ‘My Universe’ is a song full of love and hope; today they will launch their official video, what time can you see them in your country?

Today the official MV of ‘My Universe’ is released, the collaboration of Coldplay and BTS, what time to see it in your country?

Coldplay specially invited BTS for their album ‘Music of the Spheres’ and their collaboration was so relevant for both bands that a nice friendship was generated between the groups; Furthermore, ‘My Universe’ , had special releases such as a lyric video and a documentary.

But there is much more to see from this joint work between the rock band and Bangtan Sonyeondan , as they also prepared an official MV that everyone wants to see; Some Coldplay fans knew that the band recorded part of the video for this collab in Spain because a set could be seen in which the Bangtan logo was added.

When can we see this MV for ‘My Universe’ ? Well, it’s today! is today! Finally, this official video will be released, do you have everything ready to enjoy it? Here we have the schedules so you know when to see it in your country and do not miss a detail of BTS x Coldplay .

The Coldplay and BTS collaboration, ‘My Universe’ will have a very special official video, which opens for some countries today and for others in the early hours of tomorrow, so here are the times to enjoy this release and not miss the new MV for Coldplay x BTS .

Also, Coldplay has released an amazing poster to promote the MV , it looks fantastic:

It’s only a matter of hours before we can see BTS and Coldplay one more time, what will the MV be like? We are dying to see it; It is also directed by Dave Meyers , an important video director within Pop and Hip-Hop . Art is coming!