Home Entertainment BTS With Military Look Falls In Love With ARMY, This Is How... 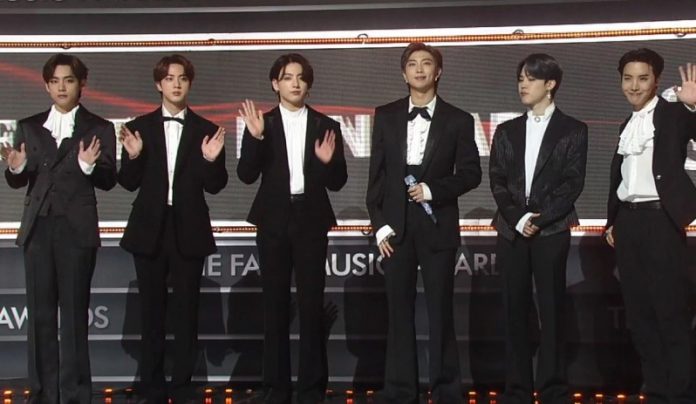 It’s not always easy to think that some of our favorite idols will have to be absent to do their military service, but there is no doubt that BTS would look great in military uniforms.

That was proven thanks to the creativity of the fans, because using a popular application they were able to visualize the performers of Dynamite with outfits of this style, creating clips that look like something out of an action K-Drama, can you imagine them?

Each of the BTS idols has their own charm and has also shown their sense of fashion throughout their careers, previously we have seen them sport powerful looks and sometimes they have slight inspirations from uniforms, but now a charming clip is causing a sensation among the ARMYS.

BTS IS PERFECT FOR ACTION SCENES AND UNIFORM OUTFITS

Surely you already know the applications that allow you to modify a video clip by placing new faces on the main character, so you can be part of a memorable movie scene and you can also add other people.

That’s how a TikTok account put the faces of Bangtan Sonyeondan idols in military vibe video clips and quickly stole the attention of fans.

Many ARMYS hope to see the members of the group perform some time and now we know what they would look like in a military-themed action drama, it would be great, don’t you think?

Very soon an unpublished presentation of BTS will be revealed on BBC Radio 1, we will tell you when and how you can see it.