Home Celebrity BTS will put your name on their concerts, how to participate to... 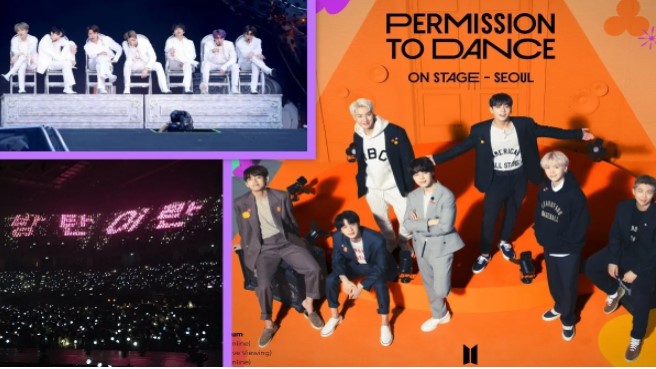 BTS has created a new dynamic to bring ARMY closer to each concert and your name could appear in one of their concerts to make this an even more special moment.

ARMY and BTS will finally be reuniting, as the idol group continues to excite their fans with new dates for their next tour, Permission To Dance On Stage will not only be in Seoul, there are also new events for Las Vegas, in the United States.

After a long wait, Bangtan Sonyeondan is already activating its face-to-face concerts and its fans cannot be more than happy, since they will live a simply unforgettable experience, although the way to obtain their tickets will not be easy at all.

But the Bangtan Boys are not only concerned about the people who can attend the venue on the day of their concert, the idol group has decided to broadcast some of their following events online and in the cinema, so ARMY from around the world also form part of every date at PTD On Stage.

But BTS wants to keep all of its fans very close to its heart, so it has created a dynamic for the names of its fans to appear on stage.

HOW TO PARTICIPATE SO THAT BTS PUT YOUR NAME ON THEIR PERMISSION TO DANCE ON STAGE CONCERTS?

BTS will put the name of many of its fans on the Permission To Dance On Stage stage, to participate it is necessary to have a Weverse account, the names that will appear in the event will be those that are on this platform.

To participate, a news notification must reach the Weverse app and in it you will find a link, you just have to accept that your name is used to enter the contest.

So if you already have Weverse, just participate in the event and your user in the app will be able to appear in the next Bangtan concerts.

HOW WILL ARMY NAMES APPEAR AT BTS CONCERTS?

Although this is a new implement for BTS concerts, ARMY believes that they will appear on the stage screens or on the entire stage during a particular song, so as the idol group they take all their fans into account for their events.

Thus, ARMY will accompany BTS on the PTD On Stage stage, very soon we will be able to find out how they will add the names of their fans in their concerts.

In other BTS news, here we tell you when the group became famous, how did it take off to the great popularity they have now?

BTS breaks several records with ‘Map of the soul 7’