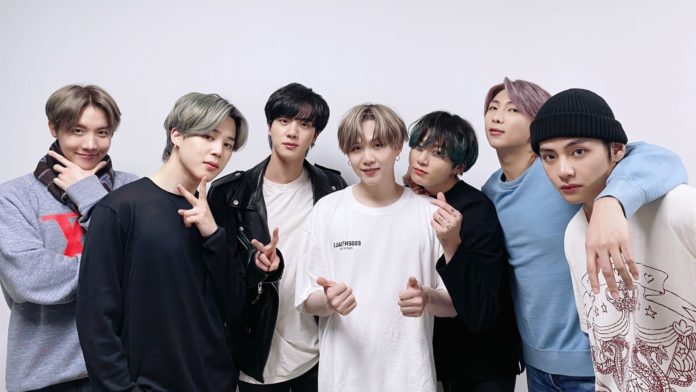 BTS will participate in the Spiral Labyrinth-DNA Science investigation Ost. The boys will re-musicalise a drama.

Boring? We know that quarantine can get you a little tired because of the time you spend at home and having nothing else to do, but BTS has great news for ARMY. They will release a new song!

If you are a fan of the manga, the dramas and the boys’ voices, this will make you happy; After a couple of years, BTS will again participate in a Japanese OST . We tell you the details.

According to the Japanese portal Billboard, the group was chosen to be part of the OST of the live action “Spiral Labyrinth-DNA Science Investigation” , a drama based on the manga of the same name and whose release is scheduled for next April.

It is not yet known what type of song the boys will sing but it is titled “Stay Gold”, it can be from a ballad, to a song with rhythms like “Not Today” or very similar to “Don’t leave me” , their first single Japanese for a soundtrack, although the plot points to a dark or action song.

“Spiral Labyrinth-DNA Science Investigation” tells the story of detective ‘Genji Andō’, who with the help of scientist Jin Jinbo, capable of memorizing DNA sequences, and his partner Ran Ranbara, solve various mysteries. The manga was released in 2012 and although it only has 2 volumes, it will be brought to the small screen through TV Tokyo.

There is still no exact release date .

See Also
Could Brad Pitt And Jin From BTS Act Together?