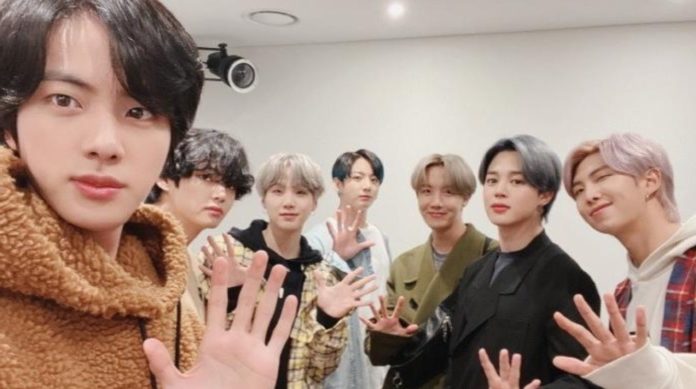 BTS will appear in Carpool Karaoke with James Corden. The South Korean band has more and more surprises from its comeback.

Just 4 days of the expected comeback of BTS , the boys have already begun to reveal several surprises prepared for ARMY in recent months.

Several weeks ago, BTS captivated the ARMY by presenting ‘ Black Swan ‘ for the first time on ‘ The Late Late Show ‘, the famous James Corden show , where idols also starred in a fun episode of ‘ Hide and Seek ‘ alongside the British driver and Ashton Kutcher . However, the South Korean band is back in the way many expected: starring in ‘ Carpool Karaoke ‘. We tell you everything we know.

Since BTS appeared on ‘ The Late Late Show ‘, there has been much speculation about the possibility of the band boarding the popular James Corden car to star in a new episode of Carpool Karaoke . However, the days passed until finally James revealed a great surprise.

Through his Instagram account , ‘ The Late Late Show ‘ confirmed BTS’s attendance at Carpool Karaoke . The prerecorded program will be broadcast on February 25 through the CBS television channel .

The BTS guys met with James Corden during his last visit to the United States to record this special episode , where we can listen to them singing different songs, can you imagine which ones?

Stay on the slope of our updates as soon you will share links to see the live program and the schedule of issuance of the program. Are you ready to see BTS in action?

Jessie J Reveals A Strange Image That Suggests A Lot

İnterviewed by Tony Schiavone next week on AEW Dynamite

Kim Kardashian: this is how breakfast goes with the West

James Gunn denies rumor about filming of “Guardians of the Galaxy...