Home Entertainment BTS: Why BTS Have So Many Bodyguards 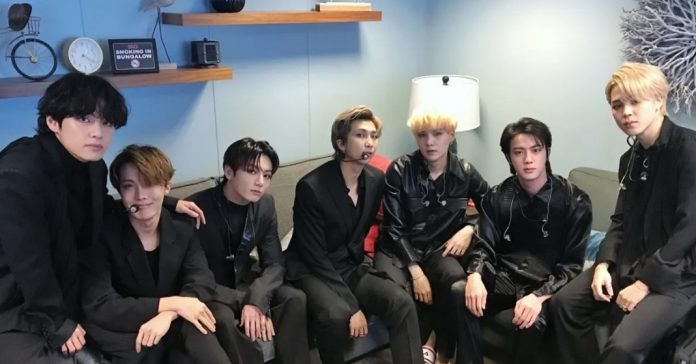 BTS must have a lot of security by their side because even though the fans only want to show their love, many times there are many who want to reach the idols and in those moments accidents could occur, damaging both the idol and the fans.

There is no doubt that today Bangtan Sonyeondan is a very recognized and popular band around the world, wherever idols go they will be received by thousands of fans who will seek to obtain a photo or autograph of their favorite idol, although thinking about the number of ARMYs out there, that might be impossible.

In addition to the fact that they could cause accidents for both female fans and idols, therefore, there is a security team that is responsible for maintaining order as much as possible at times when there is a large public and the members of BTS must be protected.

So how many people are in the care of the Bangtan Boys? Maybe they will be enough and even so the idols must also take care of themselves, and we understand that many times the emotion of the moment will not let us think, but we must always remember to respect the personal space of our idols favs.

BTS IS THE K-POP BAND WITH THE LARGEST BODYGUARD TEAM

For concerts of Bangtan, a team used 150 to 200 bodyguards, this to keep out of danger both idols of BTS as ARMY, sounds like a very difficult task because many fans often throw with kisses and hugs, no matter the moment; bodyguards must avoid this.

And it is that in many concerts photographers also go with their professional cameras that are prohibited in the concerts and although they are removed from the place, they can re-enter. Being a bodyguard for BTS is hard work.

In other BTS news, sadly the band canceled their Map Of The Soul tour and now ARMY will have to keep waiting for new dates for Bangtan.

Streamer Elven Ring beat Malena with the help of a dance...

What happened to Astra? Explanation of Joanna Constantine’s Nightmare