Home Celebrity BTS: Which of the boys is about to get married? 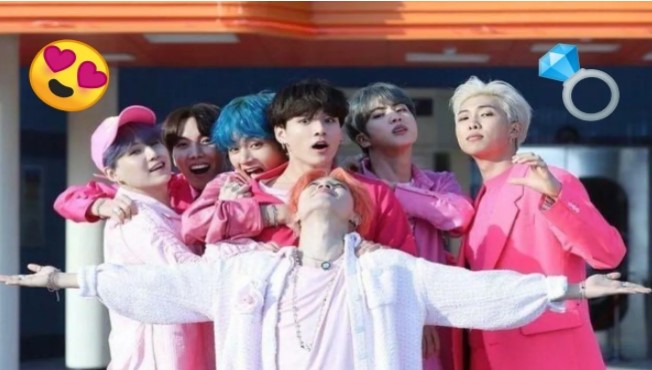 BTS is one of the most popular groups today, so they are always in interviews, rehearsals, recordings or performing at a concert. And although this gives us the impression that he does not have time for his personal life, the boys, on the contrary, have declared that they do want to get married and start a family.

BTS, is the most important K-Pop group in South Korea, their music has broken down cultural barriers and has made countless people fall in love, but who will be the girl that makes them fall in love?

Although it seems very soon to talk about marriage in Bangtan Sonyeondan, since the idols are currently focused on their professional careers, it is true that at one point the BTS boys confessed at what age they wanted to get married, and one of them is more close to what we believe, who is it?

WHO OF BTS IS CLOSER TO GETTING MARRIED?

In a television program, the idols were asked at what age they wanted to get married, Jin without hesitation, replied that 30 years old seemed like an ideal age to get married, so he only has two years of being single.

We really believe that Jin is good husband material, because he is very funny, he knows how to cook very well and would take good care of his children, as he does with JK when they are traveling.

AT WHAT AGE WILL THE OTHER BTS MEMBERS GET MARRIED?

Taehyung shared the same answer as Worldwide Handsome that at 30 he dreamed of getting married. While RM said at 32, Suga at 35 and Jimin in 15 years (which would be in 2030).

The two boys who went to the extreme were Jungkook and J-Hope who replied that at 100 years old they wanted to settle down, JK’s excuse was that he likes his life as it is now and wants to continue enjoying it, while Jobi declared that he wouldn’t mind waiting forever to find his true love.

Marie Osmond receives the Golden Rule Award for her activism: “I...