Home Celebrity BTS: Which members are vocalists in the group? This is his great... 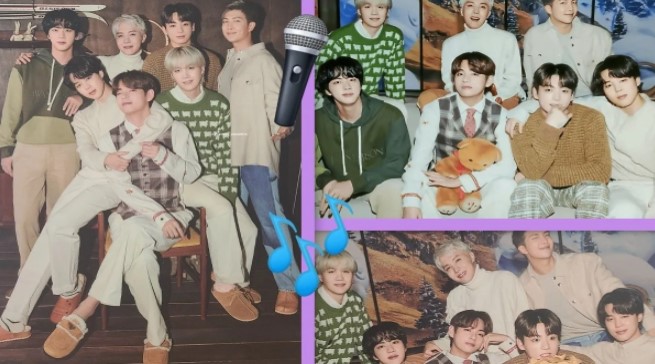 The members of BTS have specialized in something different for each song of the group, they are all good dancers, the group has its best rappers, who are the vocalists?

BTS is a group full of amazing artists, with their music they have managed to completely captivate millions of fans around the world who do not hesitate to be part of the great fandom that characterizes this K-Pop group with which they have achieved incredible achievements. .

We can admire a lot about the members of Bangtan Sonyeondan and each one has a special talent that is noticeable on stage and outside of them, the idol group has great dancers who shine in choreography and performances; cool rappers who annihilate with their fast verses too.

But Bangtan also has great vocalists who perfectly liven up each song of the group and give each composition a very personal stamp, touching all the ARMY cells with their ranges and angelic voices; that they have even shown as soloists.

Who does the voice in BTS songs? These are their main vocalists who have delighted fans of the idol group in each release as a group and solo.

WHO ARE THE VOCALISTS OF BTS?

Taehyung, Jungkook, Jimin and Jin are the vocalists of BTS, these members have been in charge of shining with their voice in each song of the group, but they have also done so with their work as soloists in different compositions.

This is the vocal line of BTS, 4 members make it up and all have worked with the group and have also released their solo works, or covers. And their talents are not only limited to singing, but also to dancing, proving to be very talented idols.

WHAT KIND OF VOICE DO THE VOCALISTS OF BTS HAVE?

Here we leave you the type of voice of each BTS vocalist, they all have a different one and with special characteristics that make each range unique.

Taehyung’s voice is baritone, he is able to maintain a relaxed tone without going out of his comfort range, he can easily transition to his falsetto; his mixed voice is light and with little drive, as he doesn’t try to sing too high and tension in the throat.

Jungkook has a light lyrical tenor type of voice, his range is held very well and he manages to make good transitions, his middle voice has a very relaxed approach as well as his falsetto.

Jimin is a pure tenor, his voice is extremely nice when you listen to it, he also has a guttural lower range and controls each of his tones very well.

Jin has a natural tenor type of voice, he has a pure and relaxing tone, he manages to put textures in his voice and manipulate them very well; he is able to raise his range more which makes an impact in each song.

Now you know all about the vocalists of BTS, who they are and what kind of voices they have, they are very talented and give BTS a unique and special essence.

In other BTS news, check out these J-Hope fancams that demonstrate his great talent as a dancer, his moves are simply spectacular.

Why will True Beauty be unforgettable for the cast members