Home Celebrity BTS: Where to buy the official albums of the K-Pop band? 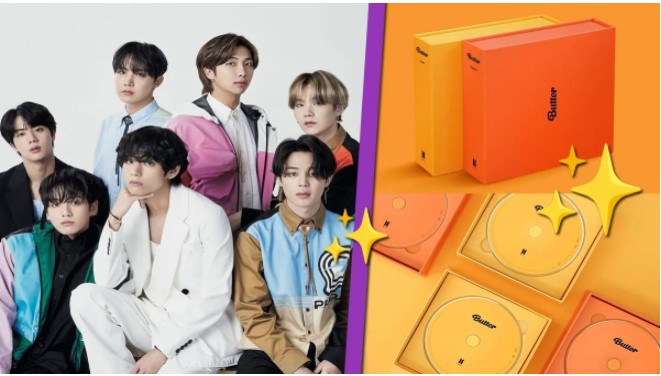 There are many ways and sites to buy original BTS albums, we tell you about some alternatives so you can choose the one that best suits you.

The love for the idol group HYBE spreads to all parts of the world and more and more people join the ARMY fandom, there are many elements that fans can have in common, for example, they share their admiration for BTS, their music it gives them joy, they probably want to see them live and would love to have one or more albums from these guys.

Throughout his career, Bangtan Sonyeondan has released everything from full albums to mini albums and physical singles, each with a design that sticks to the vibe of the comeback they were featured in, but also includes many special details.

Surely you already know that a K-Pop album is not only the CD and the tracklist, but includes a photobook, photocards and more inclusions inside an attractively designed box.

With so many qualities, surely you already want to start or expand your collection and here we tell you where you can buy official BTS albums. You will find online and physical alternatives, but you can also choose between whether you want it to be a national store, an import store, and more. Below we explain all the details.

WHERE TO BUY BTS ALBUMS ON OFFICIAL SITES?

To buy from official sites, the best alternatives are online, since they are mostly web stores that ship from abroad. In the particular case of BTS, an infallible alternative would be Weverse shop, but there are also alternatives like Ktown4U or Synnara.

In these cases you should consider that the pages are not usually in Spanish, the payment will be calculated in dollars and in addition to the album the shipping cost will be paid, if this option seems somewhat complicated then read on and we will tell you about other simpler ones.

In this country there are some stores that you can visit directly to get original albums and with the popularity of K-Pop this is becoming easier. For example, an alternative that you will find in different parts of Mexico is Mixup and in addition to BTS albums you can buy other merch items.

There are also physical stores specializing in K-Pop that also tend to offer better prices, however since they are smaller businesses they do not usually have many branches.

For example, in CDMX you can buy BTS albums at Monkish Store, Ichigo Store (it also has a branch in Monterrey) and Kpop Store, among others. You only need to search for them on google and the details of their location will appear, although in all three cases they also offer the alternative of selling online.

WHERE TO BUY BTS ALBUMS ONLINE IN A SIMPLE AND SAFE WAY?

On the Internet there are many places to find K-Pop CDs and especially BTS, if what you want is a sales site then Amazon and Mercado Libre have many interesting things for you.

On the other hand, there is the alternative of Facebook, where you can find many stores and GOs that are dedicated especially to the sale of albums and official merchandise, in these cases the prices are usually much more attractive, but before buying make sure that the store or the group order has good references and no reports, this way you can make a safe and successful purchase.

Continuing with the charm of BTS, we tell you about several My Universe curiosities that you may not have known until now.

Kylie Jenner says Kobe Bryant: I could have been in that...