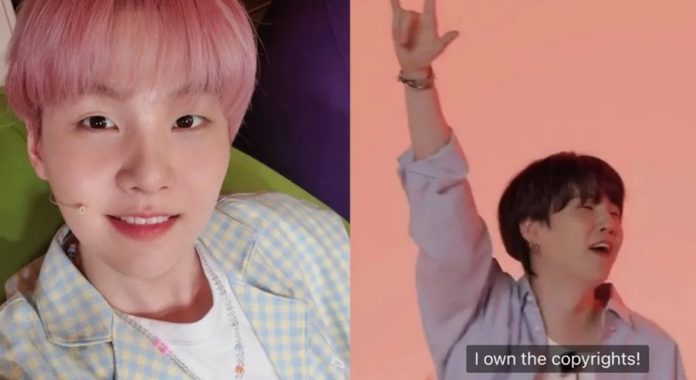 Suga with his cute pink hair was uploaded on BTS’s official Twitter and he disappeared today, where is he? Suga let us see his cotton candy hair yesterday and ARMY was very aware of the idol’s selca but today he was gone and everyone is looking for Yoongi Rosita.

Although the idols of BTS have no account Twitter staff, the share of @BTS_twt where they have posted photographs, videos, and more about them; but the best they can upload are selcas that ARMY loves because idols look so cute in their selfies.

Bangtan’s official Twitter account has 38.5 million followers, ARMY keeps a close eye on updates from their favorite idols and always shares their happiness when they post about hobbies; With so many followers and many ARMYs on the internet, it is obvious that they will notice if something strange happens on this social network.

And precisely, something very strange happened with BTS’s Twitter, because yesterday Yoongi very happily shared a beautiful selca that today is simply gone and ARMY was like: I had put a Yoongi Rosita here.

THE PHOTO OF YOONGI ROSITA THAT DISAPPEARED FROM BTS’S TWITTER

Suga uploaded a beautiful selca to Twitter where we could see the idol with his pink hair, like cute cotton candy, it was filled with likes and retweets in minutes; but today, out of nowhere, the photograph could no longer be seen and ARMY investigated that Twitter removed it because the owner denounced it for copyright … was it not the owner who uploaded it?

‘ Yoongi Rosita ‘ became a trend on Twitter as ARMY is writing a lot to get the photo back so we can see it again.

When will we see Yoongi rosita again? Hopefully, Twitter can bring him back soon and we can enjoy his precious little face.