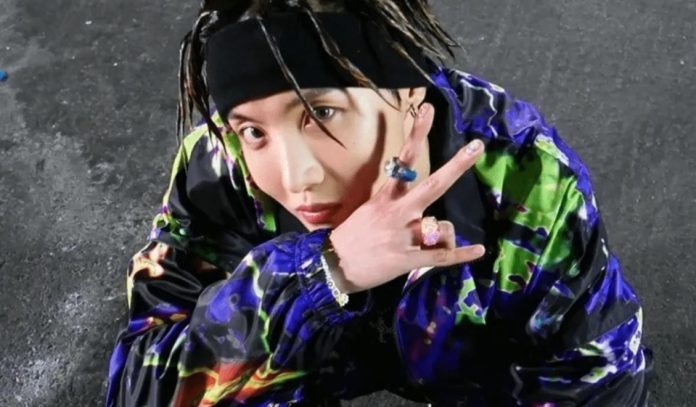 Chicken Noodle Soup by BTS’s J-Hope in collaboration with Becky G was a success, but do you know the version that inspired the song?

Did you know that the original version of Chicken Noodle Soup is one of BTS’s J-Hope‘s favorite songs? The rapper’s collaboration with Becky G has an interesting story that every ARMY should know.

In 2019, J-Hope made more than 1 dance with his hit Chicken Noodle Soup , this would be his first collaboration with Becky G and the two created such good chemistry that a solid friendship emerged between both music stars.

Chicken Noodle Soup had a series of epic performances like BTS MUSTER 2021, where Jin, Suga, J-Hope, RM, Jimin, V, and Jungkook performed the song with raps in Korean, English, and even Spanish.

The collaboration added millions of views on online platforms such as iTunes and Spotify, while on YouTube the colorful MV racked up more than 195 million views, but do you know which song was the inspiration for Chicken Noodle Soup?

The version of Hoseok and Becky G was a remix of Chicken Noodle Soup, originally performed by Young B , Bianca Bonnie, DJ Webstar, and AG, according to J-Hope this song started his love for dancing, he listened to it when he was little and its sound invited him to dance.

In a VLive he assured that the song would be included in his Hope World mixtape as a collaboration , but the person with whom he wanted to do the project could not work with him, so having the lyrics and the track, he sent the idea to Becky G and he immediately accepted.

Maybe that’s why several fans found Chicken Noodle Soup known, the version of J-Hope featured original choreography, he worked on the lyrics, as well as a colorful concept that reflected part of the personality of the Big Hit Entertainment rapper.

The magic of Chicken Noodle Soup is that it is a song in which J-Hope reflected his individual style, currently it is one of the individual singles of the most important members of BTS of his career.

First Look at The Crown’s New Prince And Princess