Home Celebrity BTS: What is the true meaning of Jungkook’s name? 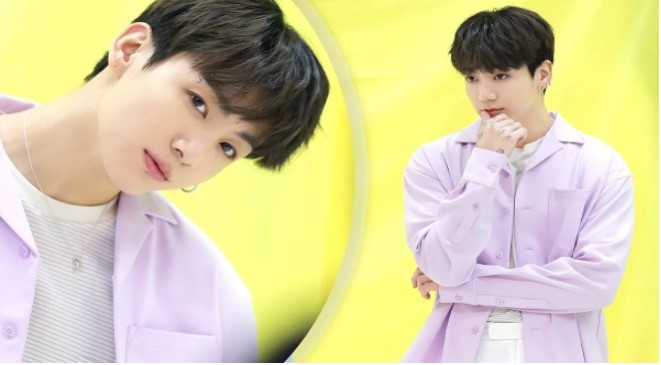 Each member of BTS has a different history and origins, their names can tell us more about these idols, what does Jeon Jungkook’s name mean?

Bangtan Sonyeondan brings together the talent of 7 different idols, each one has a story to tell the world, from their childhoods and moments as trainees to today who have become world-renowned artists achieving unimaginable successes.

Jungkook is the youngest member of BTS, he was born in Busan, South Korea on September 1, 1997, since his adolescence he was very clear that he wanted to become an idol and participated in the Superstar K program where he managed to capture the attention of various agencies .

After having different offers, JK decided to join BigHit Entertainment, and the rest is history, as a member of Bangtan he has tried each and every one of his talents, shining with his singing, dancing and even with his incredible visuals.

Jungkook’s great impact is amazing and maybe everything was dictated from his name, do you know what it means? This idol was destined for success since his parents named him.

Jeon Jungkook is the full name of BTS’s maknae, his birth name is made up of ‘Jeon’, a Korean surname, the particle ‘Jung’ means ‘straight grain’ or ‘spindle tree’; While ‘Kook’ means country, this name could be translated as ‘From a smart / beautiful country’.

Although Jungkook himself has given a better interpretation to his name, during an interview he said that it is called that because it is the nickname given to him by his grandfather who passed away and its meaning is close to something like ‘the pillars of the nation’ : 0.

This is the meaning of JK’s name, one that is now recognized in all parts of the world thanks to the work the idol has done in music.

The correct way to pronounce the full name ‘Jeon Jungkook‘ is ‘Yon Yong Guk’, so it is pronounced in Korean and written in Hangul like this: 전 정국, as you can see, the first ‘K’ in ‘Jungkook‘ disappears, should not be pronounced when saying this name.

Now we know more about Jungkook and his name, perhaps it is difficult to adapt the pronunciations when dealing with different languages, but there is always someone who explains in the best way how to do it.

In other BTS news, learn more about their members, do you know where Jin was born? He makes his city proud with all his successes.