Home Celebrity BTS: What does Jin do during his days off? This is his... 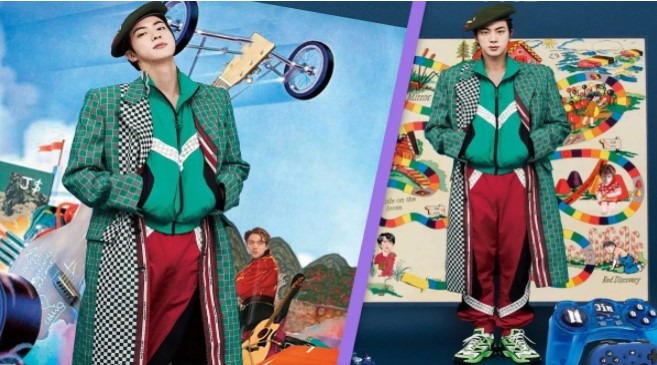 BTS is not usually a 24/7 celebrity, resting from the spotlight is also good, what does Jin do on an ordinary day? The Bangtan idol shows ARMY another side of her.

The routine of BTS is very different from that of the others, being an internationally recognized and very famous band changes a lot the perspective of daily life, because it is well known that the members of this group could not go out without being recognized and surround yourself with fans.

The members of Bangtan Sonyeondan tend to have very tight schedules, not only because of their work in music, but also because these artists have contracts as models, ambassadors and others with which they fill their days with activities such as photo shoots, interviews, recordings, among other.

But, Bangtan idols also have a life outside the spotlight, on their days off, how do they spend it? Jin revealed a bit of what he usually does these days, his routine, perhaps calmer and calm, but in which he also has concerns, what did this BTS singer share with his fans?

BTS’s Kim Seokjin had a great interview with Vogue Korea, in this he revealed what he does on his days off, he revealed a bit of his routine for his fans; Jin usually falls asleep at 5 in the morning, after spending all night on the computer playing video games.

Jin really rests at this time, as he wakes up 9 hours later, at 2 PM, but he stays in bed, just staring at the ceiling, thinking; he sometimes he turns on his TV and changes channels, suddenly sits in front of his computer again and eats if he’s already hungry.

After eating, Jin feels sleepy again and goes back to bed, the idol says that he appreciates his rest time a lot, he knows that there are those who use their days off to do something useful, but that he prefers to recharge his energy to perform better at work, for him, leisure is also useful.

WHAT IS JIN’S PERSONALITY LIKE WHEN NOBODY SEES HIM?

In his interview, Bangtan’s Jin also revealed a bit of his true personality, he is one of the oldest members in his idol group and sometimes he always scolds his fellow members, however, maybe he is not as serious as sometimes We see it, Seokjin accepts that he hates the environment when it gets too serious.

Jin has a jovial and funny personality, which can even make even the most serious of his staff joke with him and be genuinely happy.

Now you know a little more about Jin from BTS, a funny idol who likes to rest and appreciates days off from him like no one else.

This is how BTS joined the Summer Sonic Festival