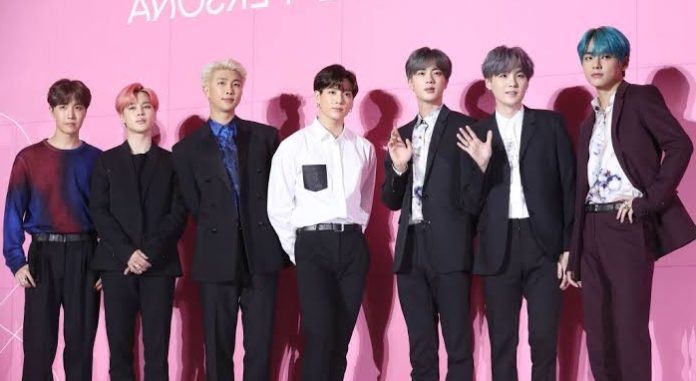 BTS Is Welcomed Like a Royal Family, Member Rides Luxury Car. The presence of the BTS K-pop group in Saudi Arabia was welcomed like a head of state or a member of the kingdom.

Upon arrival at King Khalid International Airport, BTS and the whole crew had been waiting for 7 luxury cars, one car was used for 1 person / BTS member.

Plus the security is quite tight because of the many penggeamr who welcome BTS.

The @lalisapples account writes, “The Arab government actually provides 7 cars that appear in this video. They (the Arab government) treat BTS like royalty. #RiyadhWelcomesBTS #BTSinRiyadh #WelcomeBTStoSaudiArabia.”

A speech was also shown by the Riyadh city government through its message ‘I Purple You’ by installing purple lights on several tall buildings.

The color of the purple light is a tradition practiced by big cities in the world that welcome BTS such as London, New York, and other cities that have been visited by BTS.

SAPRAC wrote the hashtag, #RiyadhWelcomeBTS which was re-tweeted 631 times and liked by 1,533 accounts.

Fans in Saudi Arabia make memories by taking photos of these beautiful buildings and sharing them with fans around the world.

Gray’s Anatomy season 16: The hospital finds itself in full scandal...