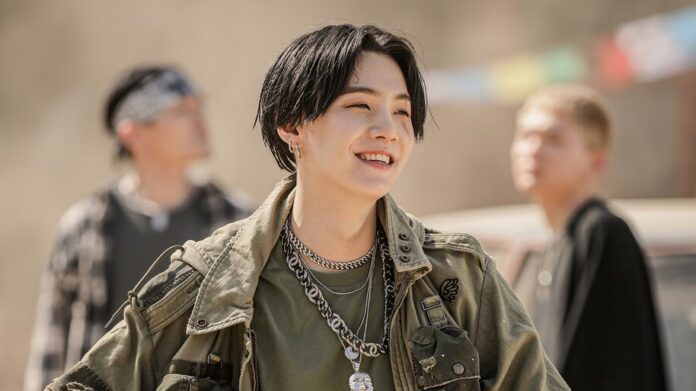 BTS’s record productions are always accompanied by great stories and theories that amaze fans. Moon Jung Hyeon is an art critic who has witnessed how fans analyze the smallest details in the group’s music videos to understand the story that these clips try to tell, so he managed to create his own theories .

Moon Jung Hyeon has unveiled his fascination for BTS videos , exterminating that he spends a lot of time watching them and analyzing the theories that fans share, however this has allowed him to notice other details of which he has not seen any mention, which is why which chose to share these ideas.

Jung Hyeon knows that the Spring Day video has references to the Ferry Sewol , but it seems to him that there is a moment that has not been discussed. There is a scene where members climb the ladder and pause briefly to look down. The critic said he interprets this moment as the children’s departure to heaven, so they would take one last look at their families before saying goodbye.

Another thing that seems interesting to you is how some videos seem to be related, for example, at the beginning of Daechwita’s MV we can see 8 bodies covered this number of people coincides with what was shown in the Shadow video , where we saw 8 rooms with a red mass It could represent blood, so the critic thinks that these two scenes are part of the same story, since, although in this clip 7 hooded shadows appear, Suga would be the eighth.

If each of these people represents a member of BTS, who is the eighth? It could be the representation of another facet of Suga like Agust D, of ARMY or a representation for souls.

The art critic also thinks that the fact that Suga’s song with IU is called Eight may not be a coincidence, since this same word can be understood as ‘my other self’, so it could be related to it history.