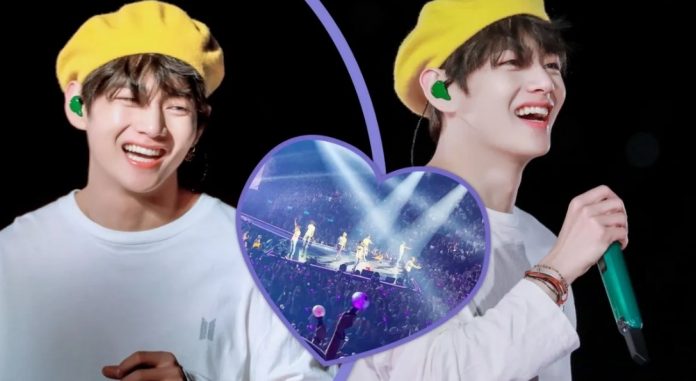 Taehyung loves his fans and shows us that he keeps everything ARMY has given him no matter how much time passes.

ARMY has always been dedicated to giving all their support and love for BTS idols, their love is well received and reciprocated by their favorite artists and this was shown by Taehyung that he never forgets his fans no matter how much time passes.

Through time, BTS has become many fans , thanks to the music, talents and personalities of the idols of this boy band , the public has been completely captivated by Bangtan Sonyeondan and everything that its members do; Today, ARMY is one of the biggest fandoms in K-Pop .

And despite the fact that Bangtan has millions of fans and all over the world, artists always keep their supporters in mind without conditions; Many fans have done their best to show their love for this K-Pop group .

With gifts , attending concerts and fansings, even streaming and more, BTS fans have shown the great love they have for their idols , how can we know that they love their fanbase too ? Taehyung can prove it with a simple action that ARMY finds adorable.

In one of the videos for BTS In The Soop , V is wearing a cute sailor hat, ARMY noted that it is a gift that the fansite ‘loveandtrue’ gave to the idol in the year of 2017, which means that Taehyung he keeps his fans’ gifts no matter how long it takes .

This is how V shows that even as time passes , he keeps everything that his fans have given him and that ARMY’s love is well reciprocated.

HOW OLD IS ARMY AS A FANDOM?

Just as BTS has completed 8 years of career, ARMY has also existed for the same time, so ARMY has been a fandom for 8 years and many fans have been with the group from the beginning, supporting and loving them; It doesn’t matter when you came to the fanbase , but rather that you stayed and showed all your love.

BTS and ARMY have always made a great team and the future is bright for both of them with many more things for the group and their fandom .

The status of the Sliker partner on Twitch and the additional...