Home Celebrity BTS: V shows his beard for the first time and ends the... 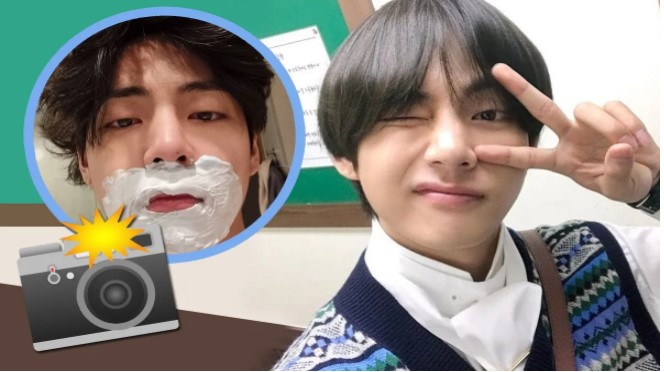 The long-awaited moment finally arrived for ARMY, fans were able to see what V looks like after growing a beard after arriving in South Korea.

The boys of BTS are taking advantage of their extended break with different activities and although Taehyung is still in isolation while following the rules for travelers in his country, he has been in contact with fans through social media.

Several days ago, the Winter Bear singer said that he planned to grow his beard during his mandatory quarantine, a fairly understandable choice considering he is on rest and can show his natural face, since he does not need to promote or attend gala events.

However, since then he has been exciting the fans with the expectations of seeing him show his beautiful facial and even commented in publications of his fellow BTS members that everyone would probably be surprised to see him with that look, which we now know.

The vocalist shared an Insta-story to greet his followers and the short clip thrilled fans who missed seeing his face, but also gave a glimpse of the progress he has made growing his beard.

In the background of the video we hear a soft melody as V shows off his charm in front of the camera on his phone, racing hearts as a soft line of facial beauty appears on the screen.

Although this style will probably only accompany the idol during this break time, we must remember that it will be a season before BTS’s activities on his schedule are resumed, so Taehyung may well continue to update us with the evolution of his bearded look.

CHRISTIAN BALE COULD TRANSFER TO MARVEL AND PARTICIPATE IN ‘THOR: LOVE...

Some curiosities you may not know about Sam Winchester