Home Celebrity BTS: V and J-Hope are back in Korea, this was their reception 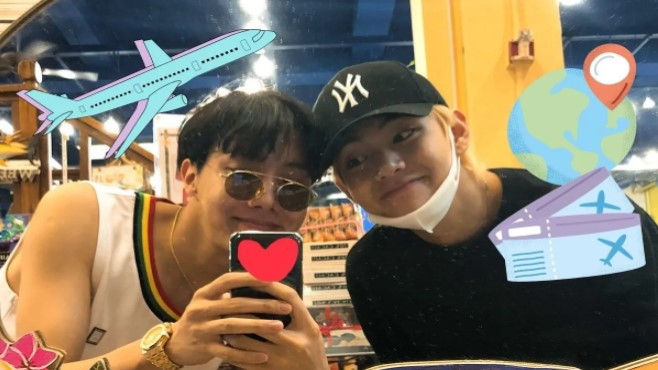 BTS’s V and J-Hope were the sensation of Incheon International Airport, upon your return after your stay in the city of Los Angeles, what looks did you choose to take over South Korea?

As Big Hit Music announced, the BTS members are on vacation to recover after such an intense schedule of work commitments in Los Angeles that began in late November and ended in December 2021.

While some of the boys in the band immediately returned to their country, others stayed a while longer in the United States like BTS’s V and J-Hope, but their stay came to an end, returning home.

On December 9, Butter’s performers were received lovingly at Incheon International Airport, where they caught the gazes of fans, reporters, and camera lenses with their outfits and presence.

J-Hope and V had a smooth flight, so their return to South Korea was safe and on schedule. In social networks, ARMY from all regions of the world sent them their best wishes so that they could arrive safely and that is how it happened.

Despite the fact that the flight of several hours is demanding and that the idols used their respective masks, both looked happy for their great reception, now they will spend the rest of their vacations at home, but not before complying with the quarantine imposed on travelers from abroad.

In addition to the arrival of the members of BTS, those present and netizens were very aware of the outfits that both chose to step on Korean soil, since their looks are ARMY’s favorites and they always impose on new trends.

Hoseok opted for a relaxed outfit perfect for cold weather, comfortable sandals with socks, white pans, a yellow shirt and without a doubt the king of her outfit was a teddy coat inspired by bathrobes, this one in a brown tone. Do not forget the dark glasses and their respective mask.

We could define V’s look as spring winter, since on top she wore a padded and shiny jacket, mixed it with Bermuda shorts in different shades of green from Louis Vuitton, the same brand as her suitcase, and black sandals.

ARMY! BTS’s J-Hope raises awareness on Instagram using this special garment, what is the message of his look? We tell you all the details.