Home Celebrity BTS: V Could Have An Amazing Collaboration With This Artist 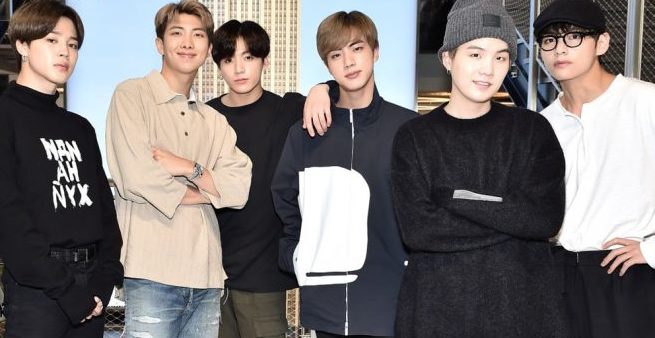 BTS: V Could Have An Amazing Collaboration With This Artist. The best-known boy band of the moment has turned the networks upside down after its latest statements for Rolling Stone magazine. The BTS guys responded in the interview with whom they would like to make a collaboration and as expected, their fans did not hesitate to lend them a hand.

BTS has become one of the most famous bands on the music scene, with their k-pop style they have managed to have fans everywhere in the world. The ARMY, which is considered one of the most loyal fandom, about passing even the Beliebers (and that is to say), this time they have not hesitated a minute to help the boys achieve their dreams once again.

These months there have been many rumors that have appeared on social networks about new collaborations of the BTS boys with other coveted artists such as Justin Bieber, although there is still nothing assured it seems that the rumors are taking shape after the appearance of the band in Rolling Stone magazine.

The boyband did an interview for the American magazine on the occasion of his pre-nomination at the Grammy Awards and shared his expectations for next year. They also said they were very excited about the possibility of becoming the first nominated k-pop artists. The guys who have won many awards this year, including the “Best K-Pop” at the MTV Video Music Awards, are now very excited about the idea of ​​winning a Grammy.

It is not the first time that the group attends this musical gala, since last year they presented an award, managing to be the first k-pop band to do so. The band awarded the prize to an artist they greatly admire, H.E.R was awarded for the best R&B album. However, this time BTS is expected to attend the Grammy’s as a nominee. The boyband is one of the groups that has more strength to compete in categories such as “Best Pop Presentation” or “Album of the Year.” The boys say that if they are one of the groups invited to perform at the gala they will prepare something to surprise their fans, they also say that they would not be content just to go as nominees, but also the idea of ​​being able to act for the first time in these awards.

During the interview for Rolling Sone, the band said she feels very honored to be part of the Grammy Awards and to be there with great artists. In addition, they declared with whom they would like to make an upcoming collaboration, meanwhile, Taehyung (V) responded that his dream was to make a song with the artist Conan Gray who is known for publishing blogs and for sharing unpublished themes on the internet.

I’M STUNNED @BTS_twt I LOVE Y’ALL can i be your backup singer https://t.co/aku3Z9J6dF

When the ARMY learned of the Korean response, Conan Gray’s interactions burned and finally the American artist responded quickly on Twitter that he would love to collaborate with V. After this success of the ARMY, now we are all waiting to see what the Big Hit Entertainment response.

Danna Paola recounts experience with the Coronavirus in Spain

Nabilla messes up The Bridgerton Chronicle “This is rotten”