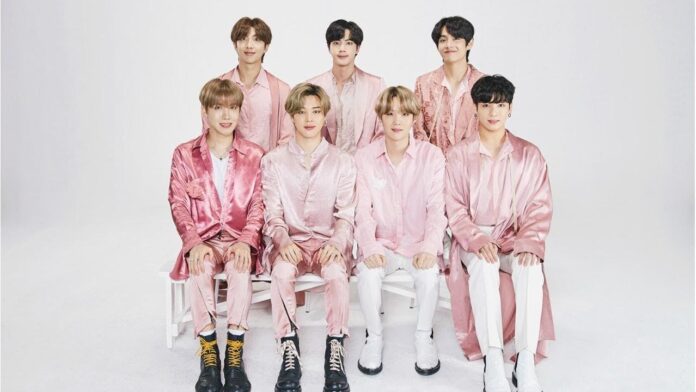 As every year, the boys of BTS prepared great surprises for the celebration of FESTA 2020 and, on the second day of this celebration for their anniversary, BTS has revealed the new family photos they took together.

The tradition of the familiar family photo ’is already part of the most anticipated moments during the celebration that BTS makes every year, the group and Big Hit Entertainment are preparing great surprises and premieres for fans of these idols.

During this activity, BTS’s social networks reveal some photo sessions that they prepared under certain concepts, but one of these ideas consists of a typical family photograph, where repeating a similar idea every year, we can see how the members of this boy group have grown up.

In addition to this image where the seven idols wore pink and white clothing, BTS also presented a series of photos combining elegant black suits with fun glasses, as well as other images posing in a relaxed way on a ladder.

Previously, BTS started the celebration of FESTA 2020 with a special video of Airplane Pt.2 that premiered through YouTube, a space where we saw them with looks ready to vacation and relax.

If you want to see the gallery of photos revealed by BTS for this anniversary, click here.

Jennifer Aniston and her dog can’t go their separate ways!