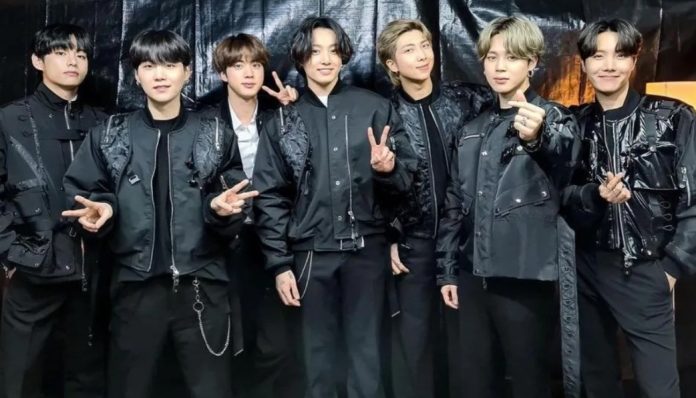 BTS unleashes the theories of a new song that is part of the Coca Cola advertising campaign in Indonesia, as the boys’ voices seem to be hidden.

BigHit’s boy group is on their winter break, but 2021 will be another great year for them, as they compete for their first GRAMMY this month, the drama “YOUTH” will also be filmed , based on their universe, there will also be a new MV and possible mixtapes of V and Jungkook, but the guys already sparked rumors of a new song.

A commercial for Coca Cola in Indonesia and BTS was revealed through social networks. They could be the interpreters of the promotional theme. The video lasts almost a minute and it is the voices that accompany the song that unleashed the theories of ARMY , since the tone of the singers is very similar to the boys.

The clip went viral on social networks and in the country of origin, because for some the sound of Bangtan is unmistakable, especially V, Jimin, Jungkok and Jin. It is not the first time that the boys are related to non -K-pop musical projects , as TikTok videos have been viralized where other artists are shown with the same voice timbre as idols.

THE MYSTERY OF COCA COLA AND BTS

The rumors have not been confirmed, in addition, BTS has already had contracts with some world brands to carry out promotional campaigns and hiding their voices could be a marketing stunt to promote soft drinks.

ARMY has compared the voices and in some parts of the song the high notes closely resemble Jimin and Jin, especially because of the arrangement of the melody. Secret project? So far, the commercial doesn’t have any credit to BTS, so some assume they got confused hearing it.

What is true, is that BTS has a 2021 full of music and entertainment projects, so this year will be just as active as last.

In addition to creating music theories, BTS has also become the leaders of the third generation of K-pop alongside TWICE, thanks to their records, awards, and sales.