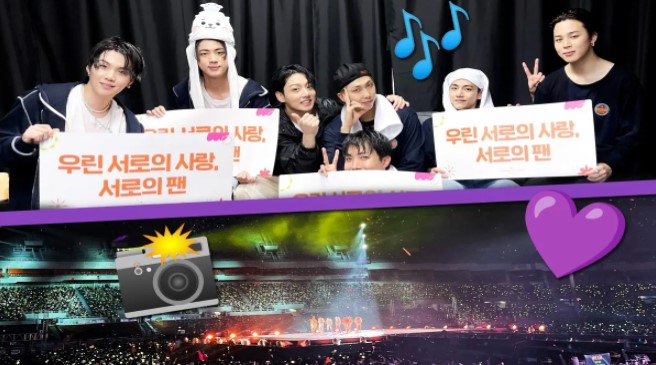 Music, fun and a fascinating union were present in the second concert that BTS gave in their native country, find out what were some of the best moments of PTD On Stage in Seoul on its second day.

The guys from BTS made sure that ARMY had an unforgettable experience, nobody wanted to miss the opportunity to see them presenting their musical show now that they are back on stage in South Korea and, although the first concert was great, the second was not was left behind

The second date of PTD On Stage in Seoul began with a sound check that began to fill the stadium with energy where Bangtan Sonyeondan would perform with their long-awaited concert, but as time passed, the joy grew in the fans.

Nothing like seeing these K-Pop idols sing, dance, interact and have fun live, but although that fact already ensures happiness for ARMY, there were special moments that made the evening an amazing event, so here we tell you some of them .

BTS: BEST MOMENTS OF PTD ON STAGE IN SEOUL AT THE SECOND CONCERT

Suga in a suit

Before the concert began, the ARMY’s excitement had already risen and it was all thanks to the outfits of the BTS idols during the soundcheck, it was especially Yoongi who stole the looks because he appeared looking spectacular in a black suit that he wore. in a casual but very fashionista way.

A concert in the rain

As the night progressed, the weather turned rainy and took ARMY and the idols of this group by surprise, but nothing would stop BTS from giving an unforgettable show and having the most fun with their fans, so the joy never left the venue.

Being on stage and in the middle of the rain, Jungkook pampered the fans by singing a bit of Still With You, the Suga-produced single that was released as part of the 7 Fates OST webtoon: Chakho.

Jungkook of BTS at PTD On Stage In Seoul day 2. | Source: Twitter @mandarinpeach_

While the rapper from Daegu performed his verses with energy, his companions stood around him and Taehyung began to play with him by placing his hand on the sweatshirt that covered the idol, but neither ARMY nor the boys around him could hold their laughter to the hilarious reactions.

The idols were in charge of making their fans happy with each melody, but also with each gesture when singing, that’s why Jungkook was caught giving gestures of affection from above, sending kisses that accelerated ARMY’s heart.

Jungkook of BTS at PTD On Stage In Seoul day 2. | Source: Twitter @BYYOURSIDE_BTS

In other BTS news, we tell you that the members of this idol group disappeared from Kakao Talk and there are several theories about the reasons.